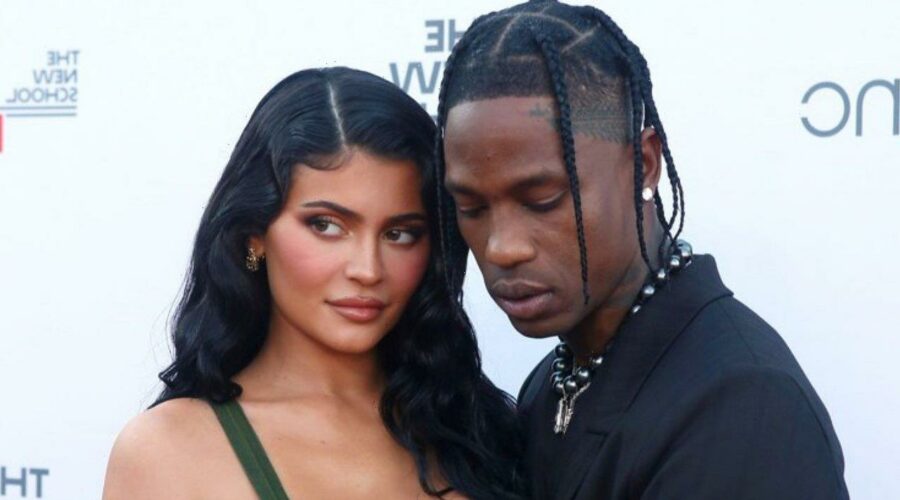 Meanwhile, it has also been reported that the couple, who has yet to announce the name of their new bundle of joy, is planning to share the moniker ‘in a few days.’

AceShowbiz -Things must be hectic for Kylie Jenner after she welcomed her baby boy on February 2. According to a source, the mom of two is “very hands-on” with the baby, while her baby daddy Travis Scott (II) tried his best to be around as the pair are not living together.

The insider reveals to PEOPLE that the 24-year-old makeup mogul is “back at home and doing well.” The source notes that while “Kylie has help,” she is “also very hands-on” with her newborn baby.

The source also gives insight into the situation regarding the Kylie Cosmetics mogul and the “Astroworld” artist. “Kylie and Travis are happy together,” shares the informant, “He is working on new music, but is also around a lot.”

As for the couple’s first child Stormi, the 4-year-old apparently is enjoying her new role as a big sis. The little girl is allegedly “doing well” and is “very gentle” with her baby brother. “She is fascinated by her little brother and has been able to hold him,” says the source.

Kylie and Travis have yet to announce the name of their new bundle of joy, but it has been reported that they’re planning to share the moniker “in a few days.” The source spills, “[Travis] and Kylie picked a name together. They will share when Kylie is ready.”

Fans, however, were convinced that the newborn baby is named Angel, Angelo or Halo. The speculations were sparked as Kris Jenner wrote in her comment underneath Kylie’s announcement post, “Angel Pie.”

02/08/2022 Celebrity Comments Off on Kylie Jenner and Travis Scott Not Living Together Despite Welcoming Baby No. 2
India