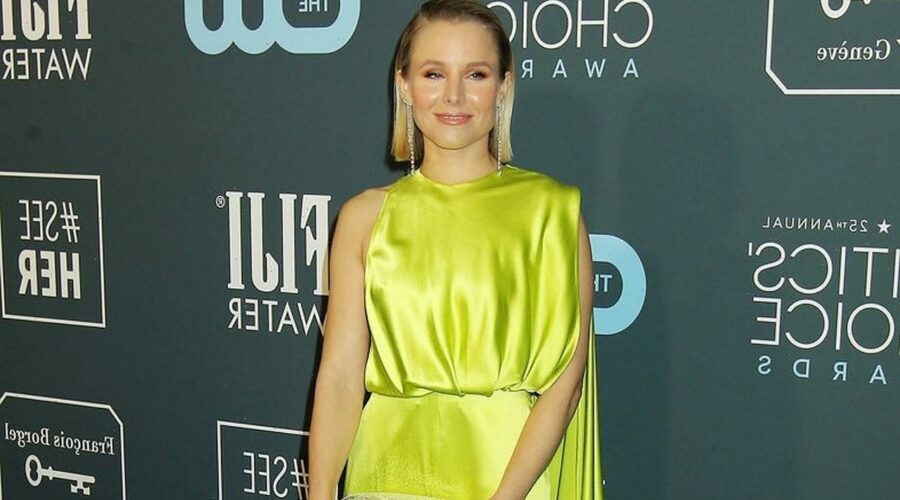 The ‘Frozen’ actress reveals that one of her little daughters, Delta, often left mom and dad Dax Shepard shocked with her threatening notes when she threw tantrum.

AceShowbiz –Kristen Bell‘s six-year-old daughter, Delta, is already scaring mum ahead of the Halloween holiday – she leaves the “Frozen” star “threatening notes” all over the house.

The actress shares her girls, Delta and Lincoln, eight, with her actor and podcast host husband Dax Shepard, and she’s often shocked by the scary missives her youngest leaves for her.

“Doesn’t everyone’s six-year-old child leave them threatening notes…?” Kristen joked to Kelly Clarkson on the pop star’s U.S. talk show. “Most times it’s about what stuff is hers and what not to touch.”

She even read out one of Delta’s alarming messages, “Do not disturb. Delta is starving to death. Only mom can come in,” and revealed the threat was all about a blocked ice-cream trip.

Bell explains, “I was like, ‘No, it’s seven o’clock in the evening and we’re not going to get ice-cream.’ And she (Delta) was like, ‘Well, I’m just going to starve myself to death.’ I think dad had said, ‘No, we’re not going for ice cream,’ which is why I was allowed in.”

It appears most of Delta’s directives are all about her “candy stash.”

“She’s candy obsessed,” Kristen adds. “She keeps them in the pots and pans. When I go to make noodles or something, they’re just full of Ring Pops (candy). And there’s a lot of notes on the fridge from my kids about what I can and cannot touch.”

But she’s not at all worried her girls are so assertive. “I’m raising very strong women,” she quips.