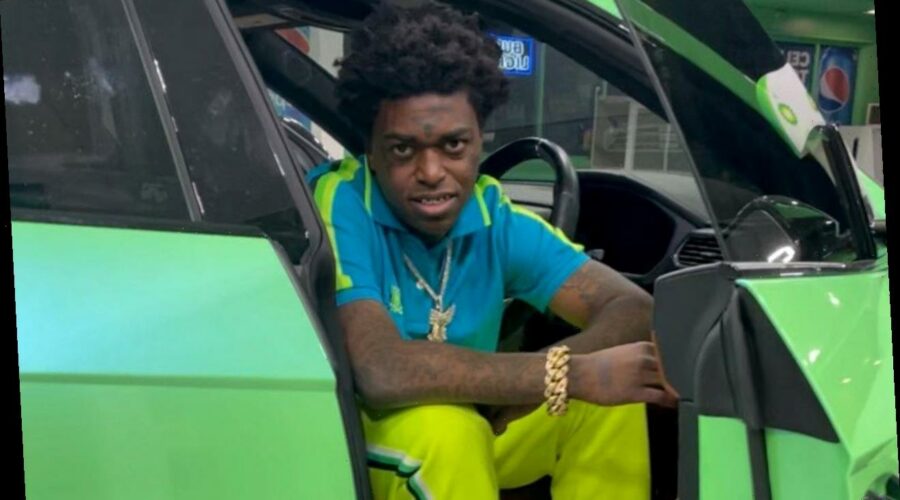 One of the ‘Zeze’ rapper’s security guards is seriously injured and needs a surgery after he and his entourage are targeted by people tailing them in cars in Tallahassee, Florida.

AceShowbiz –Kodak Black is covering the medical bills of a security guard who was shot while protecting the star. One of the rapper’s security guards was seriously injured and needs a surgery after the Pompano Beach native and his entourage were targeted by shooters on early Monday morning, April 5 at around 3 A.M.

According to various sites, the rapper, whose real name is Bill Kahan Kapri, and his entourage were followed by several cars, which tried to cut them off when they left a nightclub called Baja’s, where he was headlining Cultur3 Fest, and headed to a McDonald’s in Tallahassee, Florida for a late-night snack.

Law enforcement sources say Kodak’s camp pulled into the McDonald’s and blocked the entrance with a car while the star went inside to pick up an order. One of the cars that were tailing Kodak’s entourage left and then came back, before people inside the vehicle fired shots.

One of his security guards was shot in the leg and rushed to a local hospital with serious injuries. Meanwhile, Kodak was whisked away in an armored car and was unharmed.

Speaking to Radar Online after the incident, Kodak’s attorney Bradford Cohen has given an update on the security guard’s condition. “We are all concerned about his recovery and will assist in anyway [sic] we can to make sure he gets back to 100 percent,” he said.

The attorney noted the injured security guard, who is “a military veteran who served in conflicts in Iran and Iraq,” is currently treated at a north Florida hospital and is in “stable condition.” He added, “Due to privacy and respect to his family we will not disclose further information.”

Bradford additionally confirmed the security guard was in a vehicle when he was struck with the bullet. The rapper, however, was not in the same car.

Kodak Black updated his Instagram Story after shooting in Tallahassee.

The rapper showed off his green car.

Kodak himself has not spoken up on the shooting incident, but he has been updating his Instagram page. One of his latest Instagram Story posts promoted his new music video for “Easter in Miami”, while another displayed his green car, which also appears in the music video. “That baby back. This what you posta shoot @,” he captioned the photo of the vehicle.