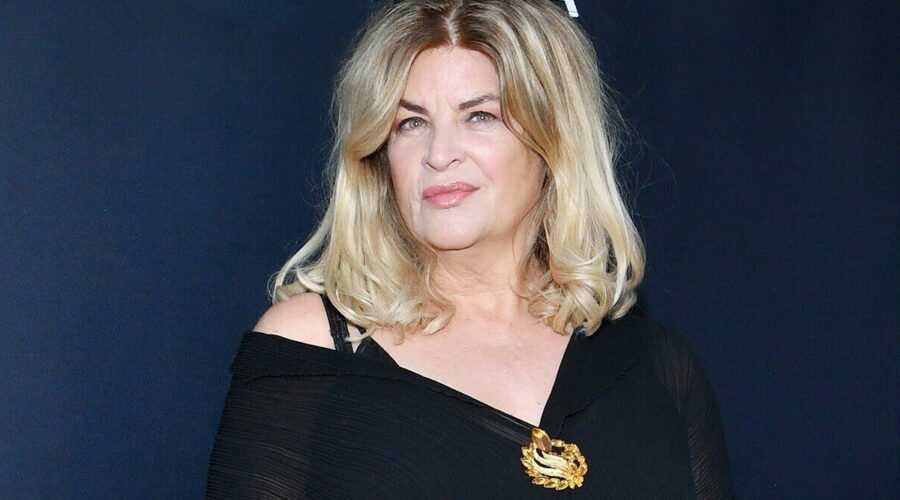 Kirstie Alley dies at the age of 71

Kirstie Alley’s family have shared the sad news that the beloved Cheers actress has died at 71, shortly after it was discovered she had cancer. Three months prior to her death, Kirstie made her final video appearance on Instagram and Twitter.

The actress shared a clip of herself on social media announcing she had joined Cameo, which is a platform where stars can send fans personalised videos for a fee.

Kirstie seemed to be cheery and in good spirits as she assured fans she was up for the challenge.

She told her followers at the time: “A bunch of you have been asking to do these greetings, and I always do what you ask me to.

“If you want something funny or something sincere … ‘Hi, I love you,’ or ‘Merry Christmas…’

Kirstie appeared in 147 episodes after joining the show at the height of its popularity and continued to appear until its end in 1993.

Kirstie’s family announced the news of her death in a heart-wrenching statement on the late star’s social media accounts.

Her children True and Lillie Parker said she was surrounded by her closest family at her time of death.

Their statement read: “To all our friends, far and wide around the world…

“We are sad to inform you that our incredible, fierce and loving mother has passed away after a battle with cancer, only recently discovered.

“She was surrounded by her closest family and fought with great strength, leaving us with a certainty of her never-ending joy of living whatever adventures lie ahead.

“As iconic as she was on screen, she was an even more amazing mother and grandmother,” the statement continued.

Kirstie’s children went on to speak about their family’s gratitude for those who had cared for her in her final days.

“We are grateful to the incredible team of doctors and nurses at the Moffitt Cancer Center for their care,” they wrote.

“Our mother’s zest and passion for life, her children, grandchildren and her many animals, not to mention her eternal joy of creating, were unparalleled and leave us inspired to live life to the fullest just as she did.”

They concluded by thanking Kirstie’s fans and friends for “your love and prayers”.

Kirstie won an Emmy and Golden Globe for her role in Cheers in 1991, before securing her second Emmy win for best lead actress in 1993 for a CBS TV movie called David’s Mother.

John shared a picture of them both smiling at each other on Instagram today, writing: “Kirstie was one of the most special relationships I’ve ever had. I love you Kirstie. I know we will see each other again.”