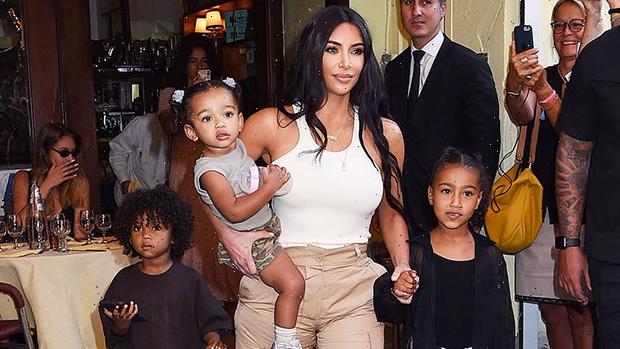 In Kim Kardashian’s garage, there’s a whole section of space dedicated JUST to a fleet of cars for her four children.

Kim Kardashian’s kids are all under the age of eight, but they’re already driving in style! On April 24, Kim took to Instagram to show off the kids’ luxurious car collection. An entire area of her garage is sectioned off to house the toy cars, which can be driven by Kim’s young kids and toddlers. Amidst the collection are a pink Mercedes Benz, red Mustang and orange Lamborghini.

These toy vehicles don’t come cheap, either! The Mustang is priced at around $200, while the Mercedes is $220 and the Lamborghini is $270. Meanwhile, the giant green Monster truck in the back row is about $400! Of course, Kim spares no expense when it comes to her children, and considering she’s a billionaire, it’s a pretty small price to pay, relatively.

Kim shares four children with her ex, Kanye West. Their oldest daughter, North West, is seven, followed by a son, Saint, who is five, a daughter, Chicago, who is three, and a son, Psalm, who is one. Since filing for divorce from Kanye earlier this year, Kim has made it clear that her kids are her number one priority. However, she will not be keeping Kanye from seeing the children, either — both stars filed for joint custody in their divorce paperwork. 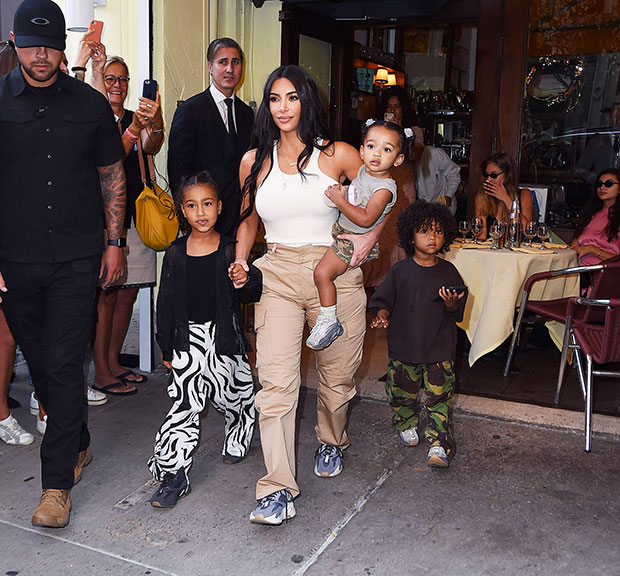 Kim and Kanye were married for nearly seven years and had been having issues for quite some time when Kim finally filed for divorce in Feb. 2021. “They’re not that close anymore, which is really hard on them,” a source told HollywoodLife EXCLUSIVELY. “They’ve really drifted apart in terms of communication over the last few months. When they’re talking, it’s strictly about the kids or business-type stuff.”

During summer 2020, Kanye infamously went on multiple Twitter rants where he revealed personal information about his relationship with Kim. He publicly said that Kim almost had an abortion while pregnant with North in 2013, and accused Kim and Kris Jenner of trying to have him “locked up” amidst his mental health issues. This took an obvious toll on Kim, and although she tried to make it work for a long time, she eventually had to pull the plug.