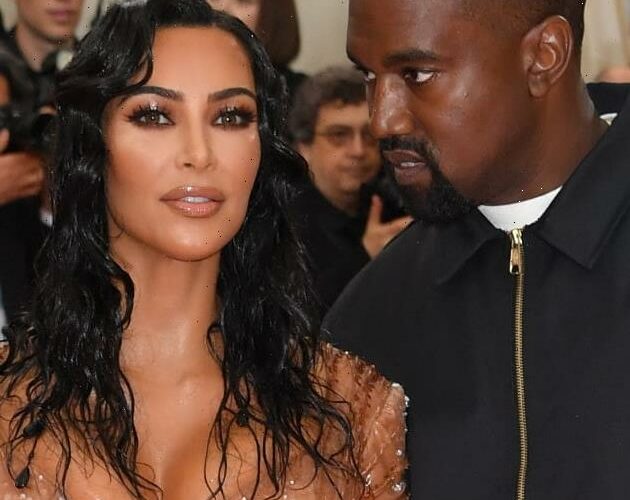 Keeping Up With The Kardashian viewers watched Kim break down over her “failure” in her marriage to Kanye.

Of course, this final season of the landmark reality series was filmed many months ago.

In the time since Kim’s on-screen despair, however, things have changed.

It turns out that she’s just fine without being constantly embarrassed by impulsive husband. Who knew?!

Kim Kardashian was recently shown wailing to her family about her perceived failings as a wife.

“He should have a wife that supports his every move and travels with him,” she said for some reason.

Kim continued tearfully at the time: “And does everything and I can’t.”

“I can’t do this anymore. I can’t,” a crying Kim lamented.

“How am I still in this place where I’m stuck for years?” she despaired.

At the time, Kim added: “Like he goes and moves to a different state every year.”

However, People reports that, these days, Kim is singing a different tune.

“Kim is doing great,” the inside source revealed.

The insider did acknowledge that this was not always the case:

“She was really struggling around the time she filed for divorce,” the source admitted.

“She was very upset about it,” the insider added.

“And,” the source shared, Kim “really didn’t want to file.”

“She has come a long way since she filed for divorce, though,” the insider emphasized.

“And,” the insider confirmed, Kim is now “convinced that she made the right decision.”

Additionally, all four of the couple’s children “are doing well,” according to the source.

The insider says that Kanye sees the children “often.”

“They both agree that the less stress the kids experience, the better,” the source explained.

“He wants them to be happy,” the source added at the time.

The insider at that time claimed: “He doesn’t want to fight with Kim about anything.”

Kanye has requested joint legal and physical custody of their four children.

Kim continues to reside in their primary residence, in part to make things easier for the kids.

It is unclear what made Kim feel like not following Kanye’s wild, unpredictable impulses made her a bad wife.

Understanding that his decisions come from a blend of eccentric personality quirks and unmedicated mental illness is one thing.

But no one could reasonably expect Kim to move to the middle of Wyoming to support her husband’s ever-shifting dreams.

One can only speculate as to what spurred Kanye to make all of these changes in his life.

Part of it may have been mania-induced pursuit of changes to his life that he feels will fill some void or make him happy.

Part of it may be his, how should we put this, complicated and controversial social views and how he reacts to them.

When Kanye first began spending time in Wyoming, it seemed that it was almost politically motivated.

Despite his sexual history and artistic history, Kanye had suddenly adopted some prudish views.

He may have seen living in the middle of nowhere, not as a personal choice every bit as valid as any other preference, but as morally superior to city living.

That was always speculation, of course.

What is not speculation is the ways that Kanye expressed a desire to control his family based upon this Frollo phase of his.

From banning North from wearing makeup to trying to police Kim’s clothing and photos, Ye showed a puritannical side.

Of course, since filing for divorce, Kim has been making up for lost time with plenty of thirst traps.

Fans previously speculated that she might be trying to entice Kanye back into their marriage bed.

Now, it’s a relief to hear that Kim is doing well and not having second thoughts.

06/07/2021 Celebrity Comments Off on Kim Kardashian: Life is Better than Ever Without Kanye! No Regrets!
India