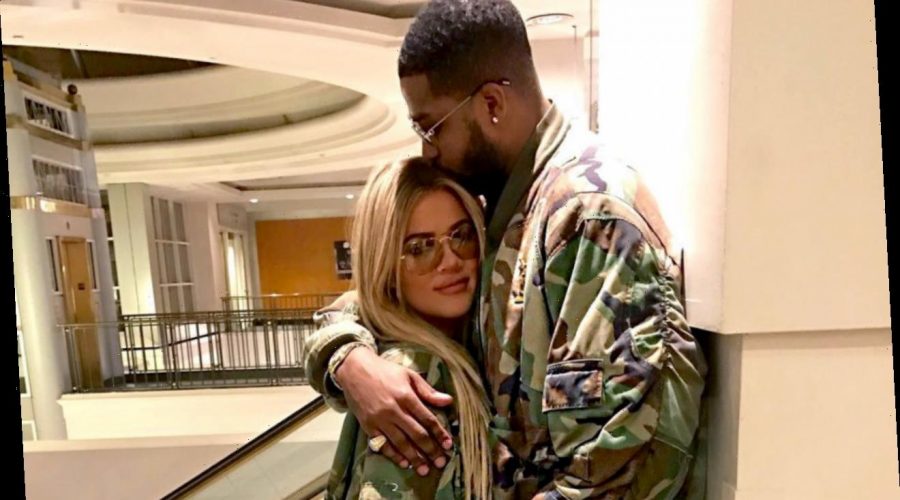 A source, however, explains the real meaning of the giant sparkler that has sparked engagement rumors, saying that it symbolizes another kind of commitment.

AceShowbiz -The mystery surrounding Khloe Kardashian‘s new diamond ring has possibly been solved. After the reality TV star sparked engagement rumors with the giant rock on her ring finger last week, a source has confirmed that the mother of one did get the ring from Tristan Thompson.

The so-called insider tells Life & Style that the NBA star “surprised” his baby mama with the massive diamond ring just prior to Christmas, which Khloe and her daughter True spent in Boston with the athlete. “Tristan surprised Khloe with a huge diamond,” the source reveals.

However, instead of a symbol of betrothal, the huge sparkler is meant to symbolize another kind of commitment. “It’s more of a promise ring than anything else, and she absolutely loves it!” the source dishes. “He gave it to her while she was in Boston just before Christmas.”

Khloe started the rambling talks about she possibly getting engaged to Tristan after she was spotted wearing the massive pear-shaped rock on her left ring finger on Tuesday, December 22. The 36-year-old mother of one was at the time holding her daughter True’s hand while enjoying a winter stroll in Boston, Massachusetts.

Khloe and True joined Tristan in Boston for Christmas after the professional basketball player moved to the city following his $19 million deal to join the Boston Celtics from the Cleveland Cavaliers. The Good American founder, however, decided to remain calling Los Angeles as her and her daughter’s home. A source previously told TMZ that the mother-and-daughter duo would only make “extended visits” to the East Coast if schedules allow them.

On December 15, Khloe and Tristan were caught on a dinner date at Zuma restaurant at the Four Seasons Hotel One Dalton Street. According to PEOPLE, the pair were accompanied by another person and three production crew while they ate in a private dining room behind the chef’s kitchen.