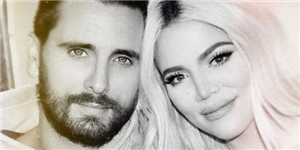 As anyone who watches Keeping Up with the Kardashians knows, Khloé Kardashian and Kourtney Kardashian’s ex-boyfriend Scott Disick are close. Like, super-super-super close. And for those of you who think there might be something ~more~ going on between them, it is, in fact, possible for two humans to be just friends! Meaning that no, Khloé and Scott have not hooked up—something commenters on Khloé’s birthday shoutout to The Lord don’t seem to understand.

Fans are flooding Khloé’s Instagram with musings on her close relationship with Scott, with comments ranging from “what is happening here? I sense chemistry” to “damn, why ya’ll look so good together,” to “refuse to believe they’ve never shagged.”

This last musing had a few fans coming to Khloé’s defense, and she responded not one but two commenters who stood up for her friendship with Scott. Koko dropped a few heart emojis in response to a fan who said “just because two people are close don’t mean they have shagged before.” Plus, she dropped a kissy face emoji on a commenter who said she isn’t the type of person to sleep with her sister’s ex.

Peep the comments Khloé responded to in all their lengthy/extra glory: