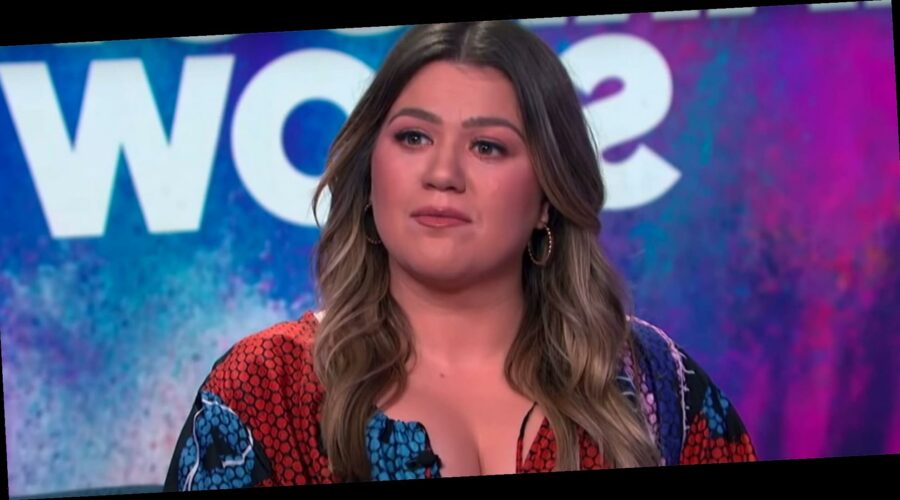 Kelly Clarkson is in no rush to tie the knot with someone new.

Last summer, the pop star and television personality filed for divorce from her husband of almost seven years, Brandon Blackstock, and on Wednesday’s episode of her self-titled talk show, the 38-year-old confessed she can’t really see herself ever walking down the aisle again.

Clarkson broached the topic while interviewing guest Gwyneth Paltrow about her own experience with divorce and remarriage.

“You’ve been married for two years,” she said of Paltrow’s current union with writer and producer Brad Falchuk. “Coming from someone who’s literally in the midst of divorce, I can’t even imagine doing it again.”

Clarkson cited "irreconcilable differences" in her split from Blackstock, with whom she shares two children, daughter River Rose, 6, and son Remington, 4. She told Paltrow that she found it amazing that the actor “found love and found the space and the vulnerability on that level to say yes and do it again.”

“(It was) probably the hardest thing I’ve ever done … allowing myself to learn the lessons that I needed to learn from my divorce,” Paltrow said, adding, “You will have it again, Kelly. It just takes time.”

Related:They’ve both been through high-profile splits, and they both paired that painful process with big life lessons.

But Clarkson explained that she’s simply not searching for anyone else.

“I’m actually in that place where I think a lot of people, I've heard, that go through divorce (get to),” she replied. “It’s almost like you start dating yourself again, like you actually make time for you again.”

Related:The first lady reassured the pop star and talk show host that "things happen for the best" as Clarkson goes through a public divorce.

“I love dating me! So I’m actually not looking for it," Clarkson added. "It's also a beautiful thing for a lot of people like me that are going through divorce that do want that in the future to know that it can and will probably happen for you."

Related:The pop star and talk show host spoke about her divorce from her husband of nearly seven years and how she poured those emotions into her new album.

Her candid conversation with Paltrow about divorce is just the latest from the “Piece by Piece” singer, who’s been open about her personal journey since announcing the split. And her fans can expect even more insight into what she's been going through when she’s finally ready to release her next album.

“I don't know how anybody — I'll just be real with you — goes through grief like divorce, any kind of grief, any kind of loss, without having an outlet like this," she told Entertainment Tonight last month. "I have written like 60 songs. It is an insane amount of getting it out. I think that's a blessing in itself. Anytime you go through some life, it's such an awesome thing to have that outlet, regardless of whether people hear it or not."