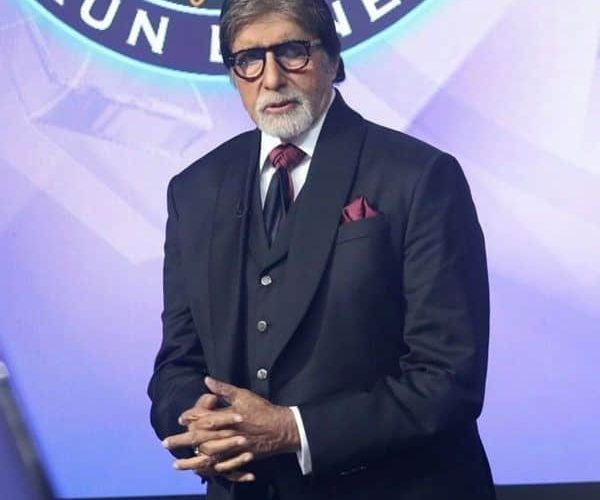 Amitabh Bachchan does not cease to surprise us ever. On last night’s episode of Kaun Banega Crorepati 11, he was interacting with a contestant from Jabalpur, Madhya Pradesh, Nitin Kumar Patwa. The young man was a B.Tech who was preparing for the UPSC exams. Due to some circumstances, he had to manage his mother’s general store in the city. The first question on the show was about ‘dimples’, which made Amitabh Bachchan ask the contestant if he met any ‘dimples’ at his store. Nitin, understood the hint and said he came across many women customers on a daily basis as his store also sold cosmetics and jewellery. This made Big B ask Nitin if he is fond of anyone.

Amitabh Bachchan to divide his property between Shweta and Abhishek equally

As we know, Amitabh Bachchan asks questions in between questions. He asked Nitin if he was aware of the dating app Tinder. The young man, Nitin Patwa started blushing at this point. He told the megastar that he had heard about Tinder from a friend and had tried it out. “What is Tinder?” asked Big B, stating he was aware of the app but wasn’t sure of how it functioned. The contestant then explained how it worked, saying “it isn’t as famous”. The funny part was when he added a disclaimer: “Chala hi nahi aur zaroorat bhi nahi padhi. Mera dukaan hi Tinder hai.”

The episode was filled with many such ROFL moments as Nitin Kumar took home Rs 3.2 lakh. The next person on the show is Hemant Nandalal Goyal from Dhule, Maharashtra. He is playing very well and has all his lifelines intact so far.

08/28/2019 Celebrity Comments Off on Kaun Banega Crorepati 11: Amitabh Bachchan has a banter with a contestant about Tinder | Bollywood Life
TV & Movies