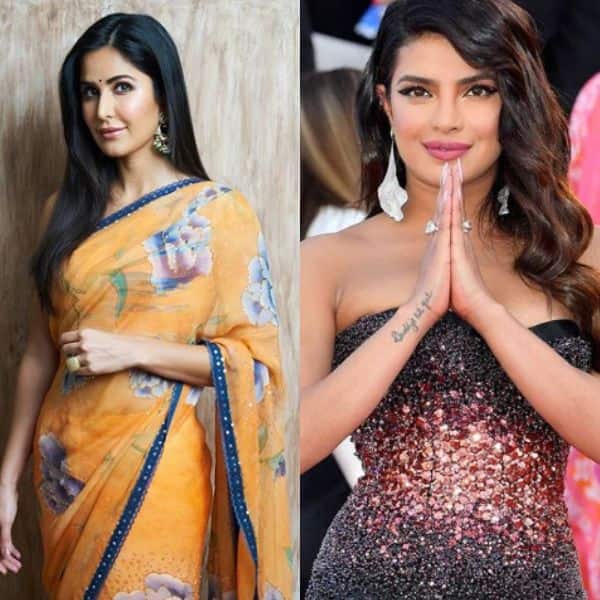 One of the primary reason behind Ali Abbas Zafar’s directorial Bharat’s buzz is Priyanka Chopra. The actress was reported to make her comeback (for a hiatus she left Bollywood to pursue a career in Hollywood, which she successfully achieved) with the movie, however, a few days before the movie could go on floors the actress opted out of the movie. Cut to now, when the movie is ready to release and the film leads are going all out to promote it, the only thing making headline is Priyanka Chopra. Film’s lead Salman Khan has been taking several digs at the actress for exiting the movie.

Now, Katrina Kaif who stepped into Priyanka’s shoes at the nick of the time to play Kumud has spoken about the entire episode. Katrina shared her opinion on Priyanka opting out and revisited the time when film’s director Ali Abbas Zafar spoke to her about the film during the filming of their earlier one Tiger Zinda Hai. “I am unaware of who was selected before me for Bharat. Ali Abbas had spoken to me regarding the script and role of Bharat when I was shooting Tiger Zinda Hai with Salman Khan,” Katrina said in an interview with Mirror Online.

She further added, “Everyone has a different perspective of looking at things. I cannot be in every Salman Khan film. If Priyanka was chosen for this role then she had her own reasons for not doing it. Doing Bharat was written in my destiny and I am happy it came to me. When I read the script I simply loved it and I think this is the best role of mine so far.”

For those who don’t know, Salman recently while interacting with a certain section of media claimed that Priyanka’s exit was embarrassing and that he always suggested Katrina be the first choice.

Salman said, “Initially, Priyanka was very keen to do this film. Ali (director Ali Abbas Zafar) and we all thought it was Katrina Kaif’s film. But Katrina and I did Tiger Zinda Hai just before that and Ali said that we need a girl who is ‘Hindustani.’I tried telling him, ‘Why can’t she (Katrina) pull off this role? She has been living in India for the last 20 years.’ But then Ali said, ‘Priyanka ka phone aaya tha’ and it is also true that Priyanka and my sister Arpita Khan are good friends. After all this, the ‘Nick story’ happened, the embarrassing thing happened and she chose to get married.”

It seems the hullabaloo around Priyanka’s exit won’t die down soon.

05/29/2019 Celebrity Comments Off on Katrina Kaif opens up on replacing Priyanka Chopra, ‘Bharat was written in my destiny’ | Bollywood Life
India