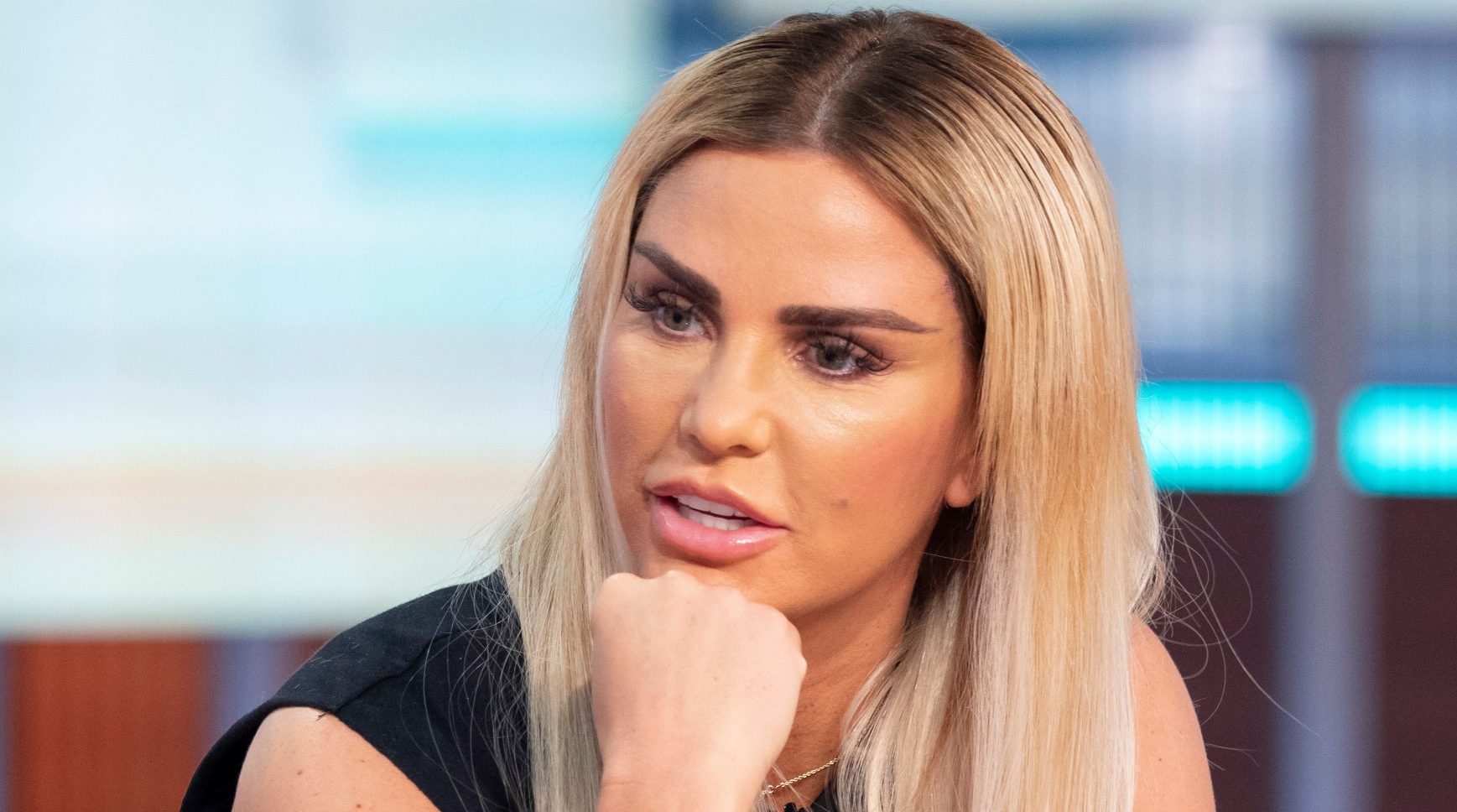 Katie Price reportedly has plans to get even more surgery done, including a brow and face lift, as well as new teeth, alongside her planned full body liposuction.

The former glamour model had previously revealed that she is going on a surgery holiday in Turkey to have her excess fat ‘sucked out’ before she begins IVF treatment with her fiancé Carl Woods.

A source told The Sun: ‘Katie has really struggled to lose the two stone she put on after her foot surgery, because she can’t run or stand on her feet for long after her injury – so she’ll get full body lipo when she goes to Turkey this summer.

‘She’s also planning a brow and upper fact lift, and she’ll get new teeth. Katie says this is the only way for her to lose weight.’

The publication claims that the cost of Katie’s surgery will amount to more than £12,000.

Katie’s reps also told the paper: ‘Katie is considering her options and is looking forward to feeling and looking like herself again.

‘After overcoming her horrific injuries – two broken feet and subsequent extensive surgery to fix them – Katie has opted for a procedure she deems a mental “pick me up”.

‘She is not addicted to surgery and will be upset if anyone takes this stance.’

The 43-year-old had recently told fans she had chosen Mono Cosmetic Surgery for her upcoming procedures.

Shearing a behind the scenes clip from a new photoshoot to Instagram, she explained: ‘Here I am today on my @jyylondon clothing shoot but I have to say I’m not happy with how I look at the moment so I’m really excited for when I go to @monocosmeticsurgery to change what I’m not happy with.

‘I can’t wait to show before and after and I’ll be filming everything for my youtube channel too to show the whole journey.

‘And guess what… someone you know is coming too to have something done.’

Katie also previously spoke about her struggles with losing weight during an appearance on Steph’s Packed Lunch.

The reality star explained to host Steph McGovern: ‘I have tried so much to lose weight, obviously we want a baby and we’re doing IVF.

‘I just want to shift some weight before we do it so I am going to have surgery.’

‘But you’re not big!’ Steph then exclaimed.

‘I notice it in my clothes and just for myself, I’m just going to have to do it quick, just get it sucked out.’

Katie has been open about her surgery over the years, having had her first breast enlargement in 1998 at the start of her career as a glamour model.

She has since had 12 boob jobs, as well as liposuction, a face lift and a Brazilian bum lift.

The star also recently underwent a series of unusual therapies including a colonic irrigation, which she documented in a video posted to her YouTube channel.

Metro.co.uk has contacted reps for Katie Price for further comment.

For more stories like this, check our entertainment page.

Follow Metro.co.uk Entertainment on Twitter and Facebook for the latest celeb and entertainment updates. You can now also get Metro.co.uk articles sent straight to your device. Sign up for our daily push alerts here.