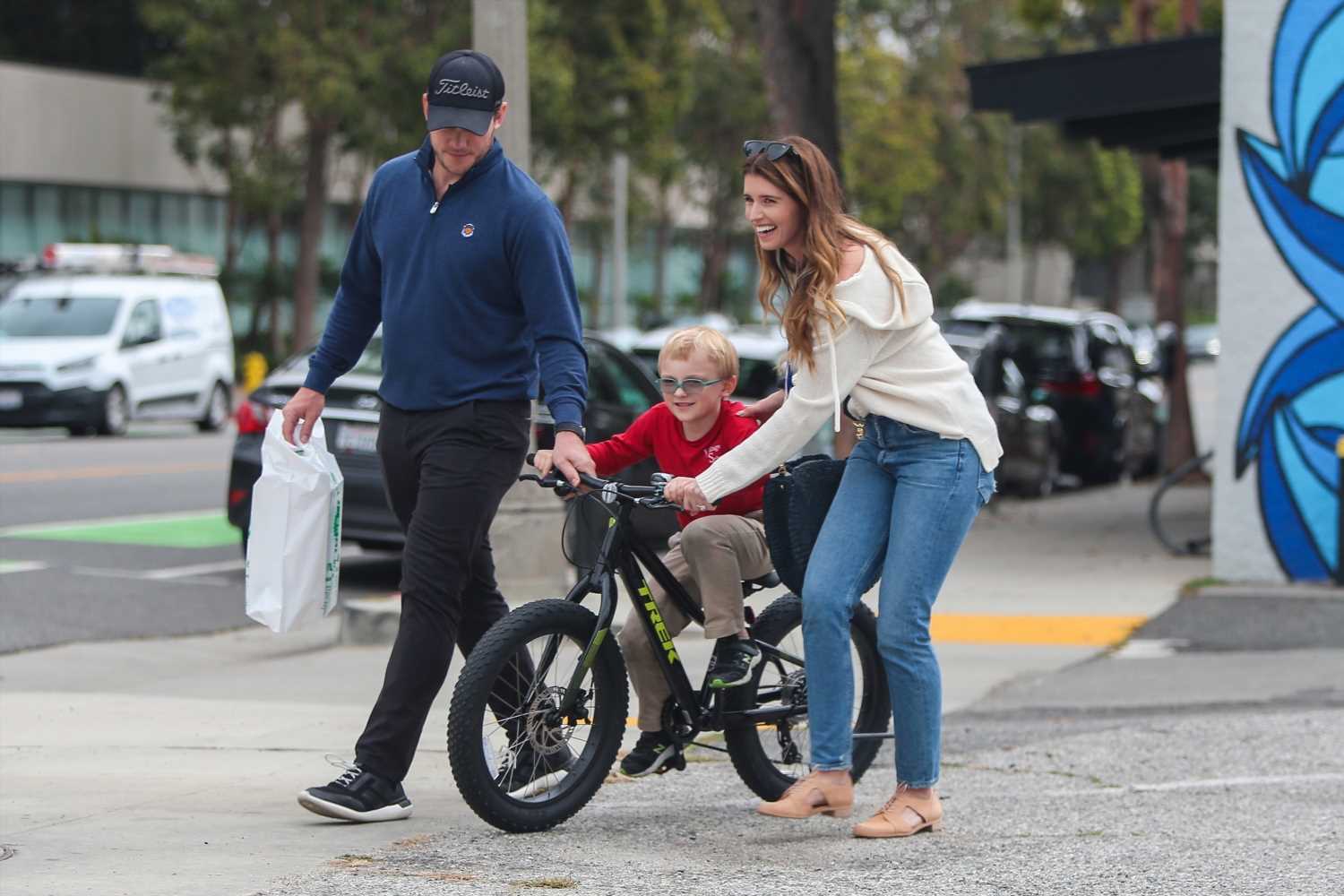 Katherine Schwarzenegger makes step-parenting look like a piece of cake.

In new photos, Schwarzenegger and fiancé Chris Pratt are seen buying a bike for his son, Jack, and helping him ride it in Santa Monica, Calif., on Thursday.

Schwarzenegger, 29, held onto one side of Jack’s new ride, dressed casually in jeans and a cream sweater, while Pratt, 39, was on the other side.

Other photos show papa Pratt loading his 6-year-old son’s bike into the back of Schwarzenegger’s SUV and sharing a sweet kiss with his wife-to-be.

The pair began dating in the Spring of 2018 after meeting through Schwarzenegger’s mom, Maria Shriver, and announced their engagement in January 2019 with a sweet Instagram post. They made their red carpet debut at the “Avengers: Endgame” premiere in Los Angeles last month.

Pratt was previously married to Anna Faris, with whom he shares son Jack. The couple announced their split in August 2017 and finalized the divorce in October 2018.