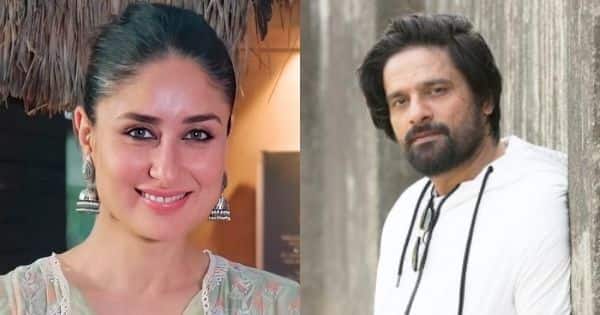 Kareena Kapoor Khan and Jaideep Ahlawat will be seen in a Netflix film which is an adaptation of The Devotion of Suspect X. It will be Kareena’s OTT debut. Now, Jaideep shared a picture with Kareena from the sets in which we cans see her teaching him how to pout. Sharing the picture, he wrote, “So much devotion in learning how to pout from ‘The Best’ & I failed miserably. Day 1 completed together and a long Journey ahead with the one and only “The Bebo”, the gorgeous @kareenakapoorkhan.” Reposting the same pic, Kareena wrote, “Getting one of the finest performers to do his toughest performance the pout. So much to learn from each other.” Have a look at the picture below:

Directed by Sujoy Ghosh, the film also stars Vijay Varma. It will be Kareena’s first project after the birth of Jeh. Talking about the film, Kareena told Hindustan Times in an interview, “I’m very excited to be a part of this project for several reasons. This film will mark my streaming debut and it’s my return to acting after my second child with a stellar cast and crew.”

She added, “The film is a screen adaptation of a work which was a global bestseller. It has so many aspects to it murder, mystery, thrill and much more, which put in the hands of our inimitable director Sujoy Ghosh is something I am eager to start work on.”

So, are you excited for this film? Tweet to us @bollywood_life and let us know.