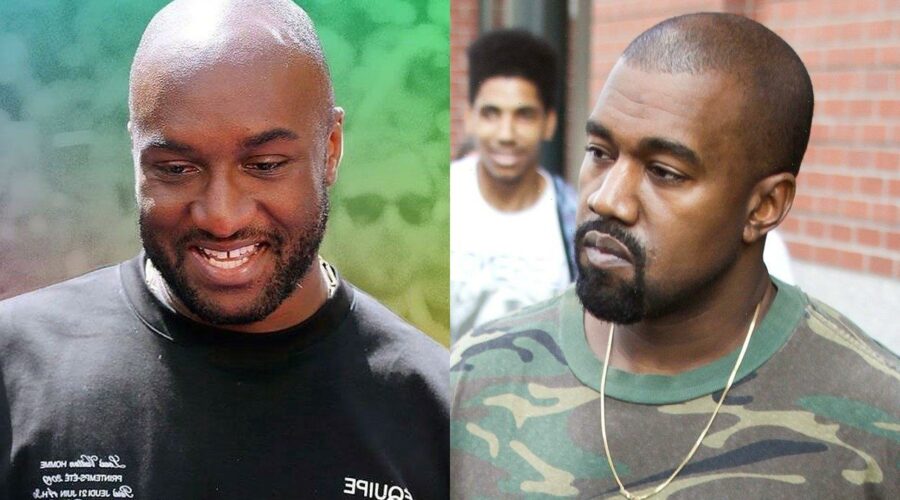 Making the wild claims is TikToker Ava Louise, who is also responsible for the rumors about the 45-year-old rapper/designer and beauty guru Jeffrey Star’s alleged hookup back in 2021.

AceShowbiz -A popular fashion blogger on TikTok made some bombshell claims regarding Kanye West and Virgil Abloh. During a new interview, Ava Louise suggested that the rapper/designer and the late Louis Vuitton’s artistic director were more than friends and that they used to hook up.

“Kanye being gay is kind of old news, or bisexual. I don’t want to mislabel him,” Ava said during an interview with The Hollywood Fix. She then shockingly claimed, “Everyone in the fashion community knows that he’s been sleeping with Virgil and like he’s hooked up with lots of designers in Paris.”

Ava also noted that her personal shopper is really close with Virgil. “Virgil and Kanye have been hooking up and that’s why their relationship is so rocky because it was not just frenemies,” she added. “There’s a lot of sexual stuff involved in it too.”

The blogger also stressed, “People have been knowing that Kanye is Bi. It’s not a new rumor.” Ava, who was responsible for the rumors about Kanye and Jeffrey Star‘s alleged hookup back in 2021, revealed that she previously spilled the tea on TikTok but people falsely thought she was talking about Jeffrey.

“Knowing TikTok, I just randomly said a male beauty guru. I had no idea that Jeffrey lived in Wyoming. I had no idea that he wrote a song about Kanye. So then all of sudden all my followers just start commenting Jeffrey and I just liked the comments,” she explained, adding that she found out Jeffrey Star was trending No. 3 on Twitter only after she woke up the next morning.

At the time, Jeffrey quickly shut down the rumors in a YouTube video titled “Addresing the Kanye Situation”. “I guess some girl made up a whole lie on TikTok, and it went ‘viral,’ where she insinuates Kanye and Kim are getting a divorce because a big male beauty influencer is sleeping with him,” the beauty guru said.

Shutting down the speculations, Jeffree clarified, “Let me just say this one time for any news outlet: I like very tall men. Me and Kanye have never hung out, and this whole thing is really funny.”

In her video, Ava said, “I feel like I can spill the tea that I’ve been holding onto for months.” She then added, “This whole divorce comes as no surprise. Kanye has been hooking up with a very famous beauty guru–MALE beauty guru. A lot of people in the scene have known it for a while.”