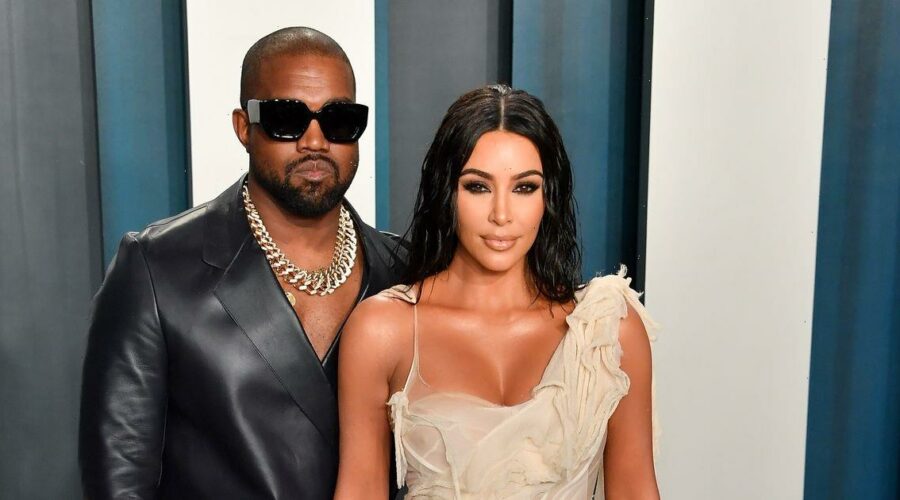 Kanye West has opted to refollow Kim Kardashian on Instagram following a short break from receiving updates from her.

The 44 year old rapper had removed his estranged wife from his social media on Monday 13 September amid their ongoing divorce proceedings.

However, within 24 hours he re-followed the Keeping Up With The Kardashians star.

Seemingly putting on a united front, both Kanye and Kim, 40, have also changed their Instagram profile pictures to be plain black, too – suggesting they're on good terms.

It isn't clear why the Donda singer made these moves, but OK! Online has approached his representatives for further comment.

This isn't the first time Kanye has unfollowed Kim though as he also did the same thing in June this year while taking it a step further by removing her sisters from his 'gram as well.

It comes after it was recently reported that Kanye wants to rekindle his relationship with Kim after the pair appeared to recreate their 2014 nuptials on stage.

Kim has made a number of appearances at his Donda listening events, but surprised fans as she appeared on stage in Chicago several weeks ago wearing a Balenciaga Couture wedding gown and veil.

An insider at Us Weekly said: "Kanye wants to get back with Kim, he sees the two of them together and wants to make that a reality now.

“He has been trying to get back in her good graces again and it seems to be working.”

While some fans had hoped the appearance would indicate a reconciliation between the pair after filing for divorce earlier in the year, the source confirmed "it was not a vow renewal".

They added: "Kim has been hesitant to get back together with Kanye because he was all over the place.”

While the Kim and Kanye may not be getting back together just yet, a source at TMZ spoke to them and said they are: "working on rebuilding the foundation of their relationship."

While TMZ still believe the divorce is going ahead currently, it remains undecided between conflicting sources if their relationship is completely done.

For all your updates on Kanye West and Kim Kardashian, sign up to our daily OK! newsletter.