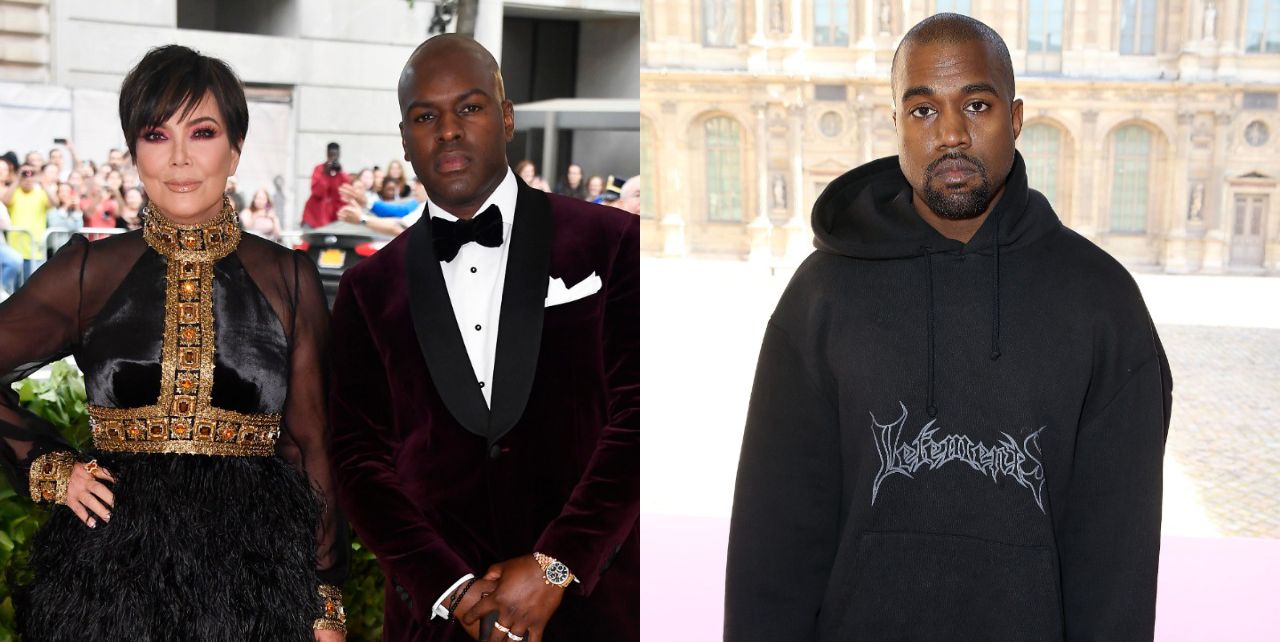 Today in drama no one saw coming, Kanye West appears to be deeply weirded out by Kris Jenner’s boyfriend Corey Gamble, and thinks he’s highly sus. The drama between Kris, Kanye and Corey unexpectedly came up during Sunday’s episode of Keeping Up with the Kardashians, when Kanye sent Corey a series of texts basically being all “WHAT’S YOUR GAME, FRIEND?”

Kim recounted the messages, saying “Kanye texts Corey something along the lines of, ‘Look, we don’t know you. We’ve never met any of your family members.’ Of course we’ve all felt that way and thought that, but for Kanye to just so bluntly say that to him—I feel like that was the wrong choice to make at that time.”

This is pretty damn bold considering Kris and Corey have been together forever (since 2014, to be exact), and Kris was understandably super offended, accusing Kanye of bringing “bad energy” into their home. She even directly asked Kim and Khloé not to “talk sh*t” about Corey to Kanye, called his behavior “rude,” and said “I would never disrespect someone like that.”

The good news, if you care deeply about this? Khloé, Kim, and Corey ended up pseudo resolving their issues, and Corey explained “My best friend slash the lady who raised me died in November. I don’t really bring people around y’all. I keep everybody separate.”

Poor Corey! Everyone leave him alone!