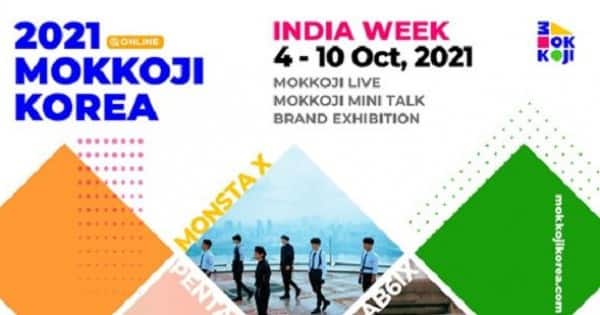 In the past couple of years, Korean cultural influences had been inching its way into the Indian landscape, but the pandemic has accelerated this trend like never before. During the nationwide lockdown last year, Indians gravitated towards Korean food and ready to cook packages. K-dramas such as Itaewon Class and Crash Landing on You on Netflix became hugely popular due to their sweet, light-hearted & gripping content. And the youth started to look beyond BTS and EXO to explore other bands and forms of K-POP. India too became a part of the Hallyu, which literally means a “Korean wave” and is used to denote the exceptional growth of Korean music, drama, beauty, and food internationally.

And now an online international festival hopes to tap into this popularity and create further awareness about Korean culture and lifestyle. “MOKKOJI KOREA”, created last year by K-POP artists and Hallyu friends across the world, is back with its 2021 edition and features a host of talks, performances, and webtoons etc. This year, India is one of the focus countries at “MOKKOJI KOREA” along with Russia and Indonesia. Starting September 6, the festival week has been held in each of the focus countries, finally happening in India from October 4 (Monday) and to be available till October 10 (Sunday) and will last until November 14 (Sunday).

Indian K-POP enthusiasts will get to witness performances by MONSTA X, Pentagon and AB6IX on the “MOKKOJI KOREA” website and official YouTube channel as “MOKKOJI LIVE” to be streamed live October 10 at 14:30 IST (Sunday), as a grand finale show of the “MOKKOJI FESTIVAL” India edition. Also, during the festival week various “MOKKOJI MINI TALK” shows featuring popular Indian YouTubers such as Curly Tales, Debina Decodes and PoohinKorea also will be broadcast every day at 14:30 IST in a bid to help Indians to broaden their understanding of Korean culture. For instance, Pentagon will be talking about the Hangeul, or the Korean alphabet, to celebrate the Hangeul Proclamation Day on October 8 (a day before the actual Proclamation Day).

The “MOKKOJI KOREA” website is currently streaming a web drama and webtoon such as “The First Spring with You”, about the life of a Russian exchange student in Korea, “MOKKOJI KITCHEN”, a romantic web drama featuring K-POP artist Gongchan from B1A4 playing the role of “Muyoung”, a chef and sole owner of a Korean restaurant.