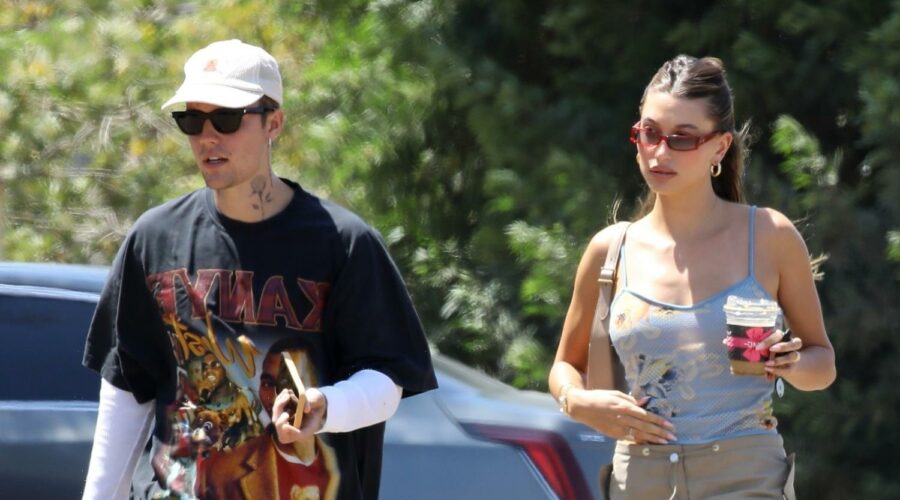 Justin Bieber steps out in a Kanye West t-shirt while kicking off his weekend at a birthday party.

The 28-year-old singer was joined by his wife Hailey, 25, for the weekend outing on Saturday afternoon (August 20) in Los Angeles.

Justin wore the tee over a long-sleeved white shirt and he finished his look with yellow pants and white sneakers. Hailey wore a tank top, beige trousers, and sneakers.

The couple joined a bunch of other stars on Thursday night while helping their friend Kendall Jenner celebrate the launch of her new 818 product.

Justin is among a list of A-list music stars who have been open about regretting some of their hit songs. Can you guess which one he said?