Justin Bieber posed in a long black robe-like jacket and chunky square-toed boots as he gave a serious facial expression to the camera in the epic ad photo, which he shared on social media.

Justin Bieber, 27, looked almost unrecognizable in one of the pics from his new Balenciaga ad! The singer posed in an outfit that resembled a priest’s robe in the epic photo and showed off an intense and serious facial expression. The look included a floor-length black jacket, black square-toed chunky boots, and a lanyard around his neck that held a bunch of keys.

It’s fashion darling,” Justin captioned the pic, which also featured the brand name across it, on Instagram on Nov. 30. Once he shared the headline-making snapshot, it didn’t take long for fans to comment and they had a lot to say! 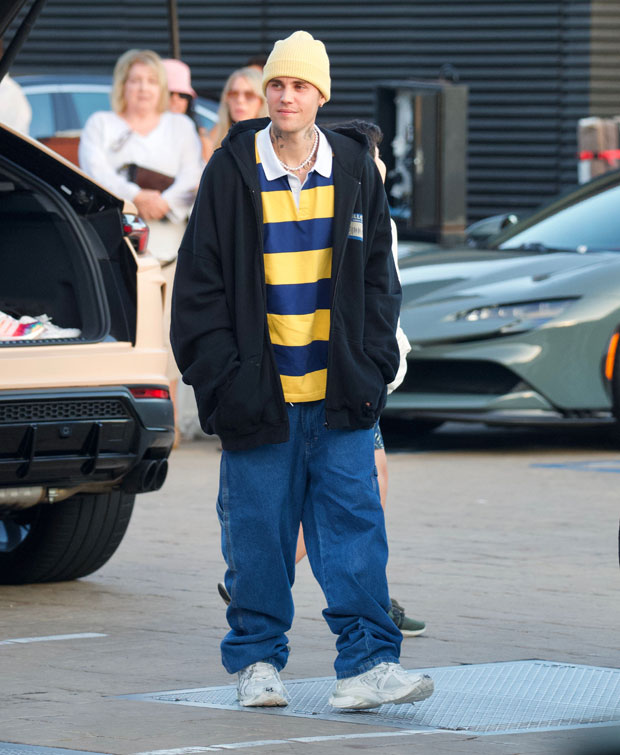 “Pastor Bieber,” one fan wrote while another called him “Father Bieber.” A third called him a “cutiepie” and a fourth compared the robe-like jacket to a blanket. Others wrote about how “beautiful” he looked in the pic and one simply but effectively put, “Wow.”

This is not the first time Justin has gotten attention for a Balenciaga ad photo. In July, he had people talking about a look that showed off a streetwear style that included an oversized black leather jacket over a black hoodie, black sweatpants, white socks, and gray and red sneakers. He also held a black “City” handbag. In Sept., he also posed for the brand in a black shirt under a denim jacket, black sweatpants, white socks, and blue and white sneakers and held another black handbag.

When Justin’s not posing for big fashion names like Balenciaga, he’s posing in his own Drew brand, like in the pics above. The bright yellow logo is a smiley face that gives off a lighthearted vibe on whatever piece of clothing it’s on and has been a bit hit with Justin’s family, friends, and fans. His wife Hailey Baldwin also sometimes sports Drew outfits, showing off her full support for her hubby and his creative endeavors. One of her most recent pics in Drew clothing showed her rocking a pink Drew sweatshirt while holding a puppy.