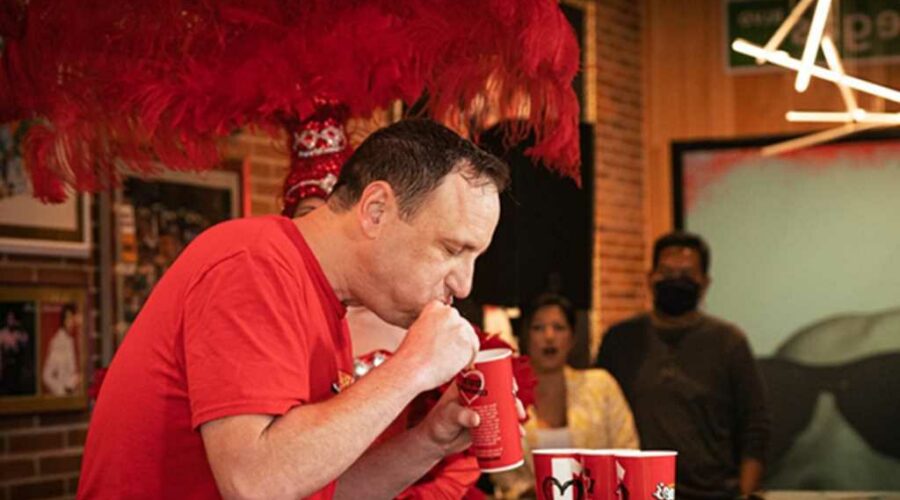 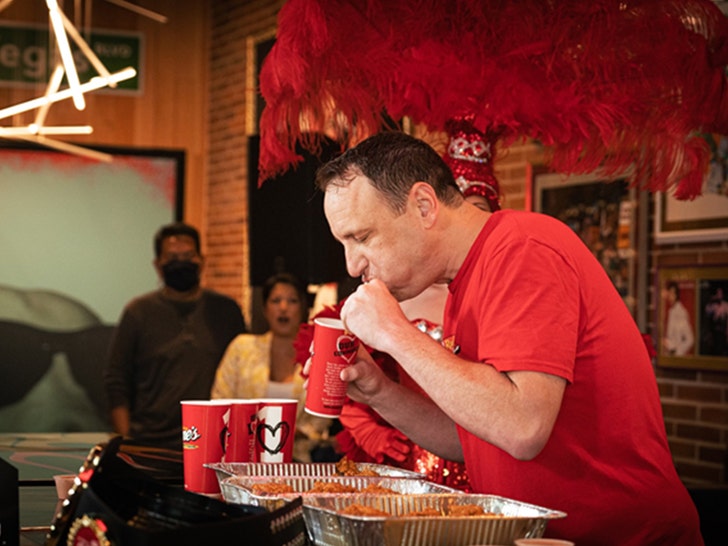 Joey Chestnut can’t be stopped — the greatest eater of all time just added another world record to his résumé … after eating 44 Cane’s chicken fingers in just 5 minutes!!

Jaws accomplished the feat at the restaurant chain’s new location on the Las Vegas Strip on Wednesday … downing fowl (and even some sauce!) as the crowd cheered him on.

Of course, the spectacle was in honor of National Chicken Finger Day … and it’s safe to say no one celebrated the holiday better than Joey, who’s a big fan of the food. 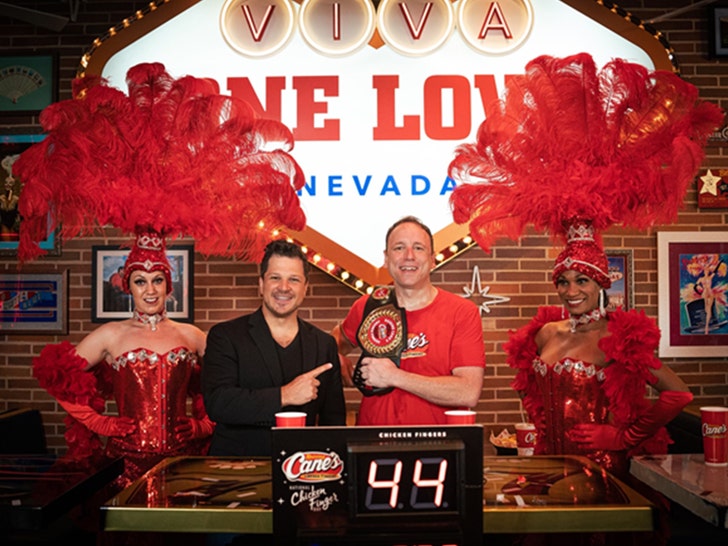 “The environment is as good as the food, and their chicken fingers are the best in the world,” Chestnut said.

Joey is the biggest competitive eater in the world … and is fresh off winning the Nathan’s Hot Dog contest on July 4, securing his 15th Mustard Belt.

Chestnut says he’ll be back to try and break his own chicken finger record … and we believe him.