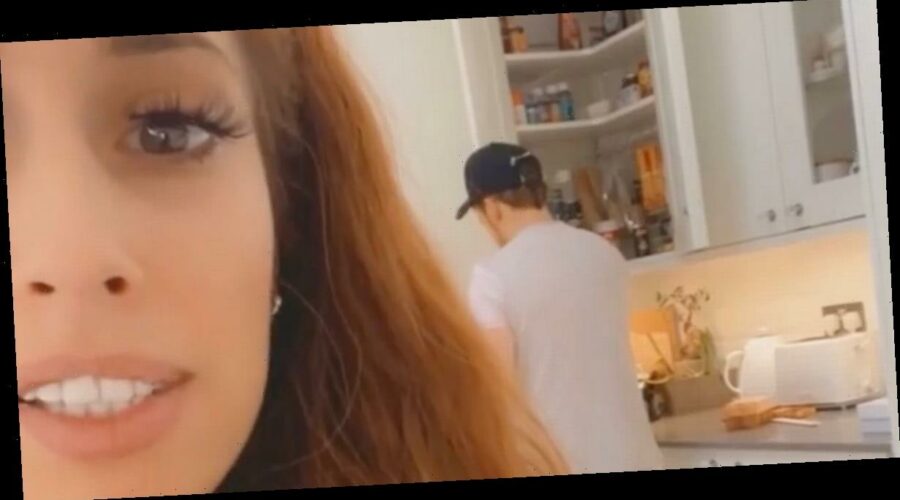 Joe Swash is refusing to speak to fiancé Stacey Solomon because he is convinced that she is a contestant on The Masked Singer.

Former X Factor star Stacey has been linked to the character since the programme returned but following the Sausage’s performance of "I Will Survive" by Gloria Gaynor, fans are sure that she is behind the mask.

Until now Stacey has neither confirmed or denied if she is in fact the person in the costume but after clues appeared to point to her during Saturday night’s show Joe has decided to give her the silent treatment until she tells him the truth.

Get exclusive celebrity stories and fabulous photoshoots straight to your inbox with OK's daily newsletter. You can sign up at the top of the page.

Stacey took to Instagram to tell her four million followers about her husband-to-be ’s behaviour.

Stood in the kitchen with Joe in the background, she said: "I just need to take a moment to appreciate that he's actually not talking to me because he thinks I'm the Sausage on The Masked Singer and I just haven't told him… What the hell!”

Still not believing her, Joe grills the 31-year-old on the clues from the singing competition.

“Listen the Sausage said she loves to relax in a camper van”, Joe said.

Stacey hits back: “When have I ever liked to relax in the camper van?”

Not backing down, Joe argues: “Well we’ve got a camper van so that is a massive clue.”

The Loose Women panellist laughs and says: “Why would I not tell you of all people? Why would I need to hide it from you!"

Finally coming clean later in her stories, the mum-of-three insisted: "I'm not the Sausage, I promise!"