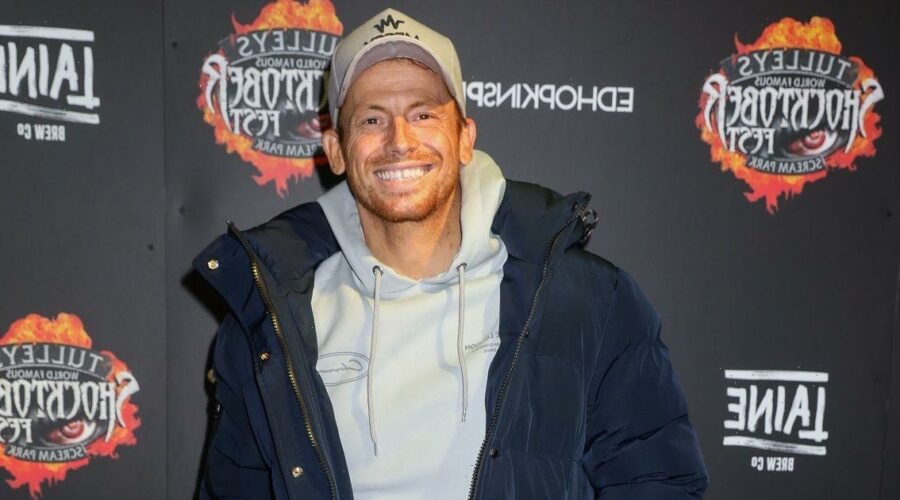 Joe Swash has revealed the grim moment that he drank his own urine after a boozy night out.

The star opened up about the embarrassing moment on Paul O'Grady's new ITV show which will air this Saturday.

The 39 year old appears on the show alongside Jo Brand, who joked about drinking her own wee during lockdown.

However, this reminded Joe of a disgusting memory and he recounted the incident.

He explained: "I did it by accident once and it was horrible. I was so drunk and I needed to go to the toilet and I couldn’t be bothered, I was about 16 at the time, so I weed in a Lucozade bottle and then my mum came up and tidied my room and put the Lucozade bottle back in the fridge.

"So it had been in there all night and I woke up the next morning with a terrible hangover, needing a drink and thinking, ‘I’ll open the fridge'.

"Not thinking, I see this Lucozade bottle, open it and think, ‘Oh, there’s no fizz there, it must be flat,' and taking three or four of the biggest gulps of this freezing cold urine.

"It was a hangover cure, I’m telling you!"

However, Joe's going out days are over as his fiancée Stacey Solomon gave birth to their first daughter earlier this week.

He is already dad to 14 year old Harry from a previous relationship as well as sharing son Rex, two, with Stacey.

In an update since her daughter's arrival, Stacey revealed she and Joe still haven't decided on a name for their little girl.

Their new baby was born on Stacey's 32nd birthday on 4 October at their home, dubbed Pickle Cottage, which Stacey described as the best birthday present.

The Loose Women star went to the hospital in the morning but was sent home as her contractions weren't too strong.

Announcing her birth, Stacey took to her Instagram stories to say: "She’s Here. Born at Pickle Cottage on mummy’s birthday. Our little girl… Happy birthday my darling daughter… We all love you more than you could ever imagine. Your brothers, your daddy and I are so in love. Thank you for the most incredible 9 months. Now we cannot wait for the rest of our lives with you."

The Loose Women panellist has been sharing updates with her fans and also revealed that she was worried about changing her pyjamas in case her little girl didn't like different ones.

She said: "The bubble is so surreal. I'm going to change my pyjamas today. I've become a bit sentimental to them and I'm worried she might not like fresh ones."