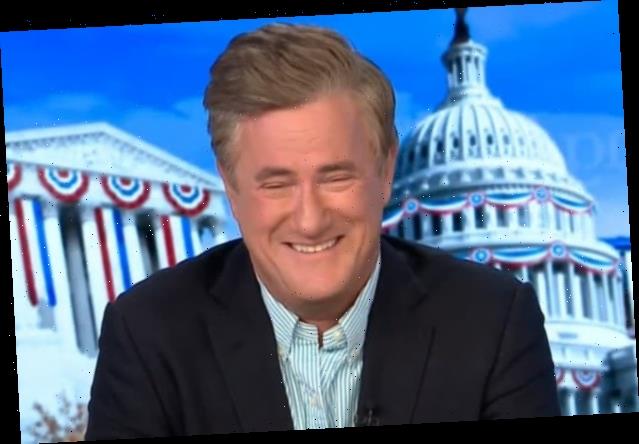 MSNBC’s Joe Scarborough openly laughed Friday after playing a montage of Republicans in 2016 criticizing Democrats for being “crybabies” and not accepting the election results that showed Donald Trump beating Hillary Clinton for the presidency.

“Really? Seriously?” asked the “Morning Joe” host, who joined “The Daily Show” and CNN in resurrecting the old footage of GOP leaders and spokespeople accusing Democrats of the same thing those same Republicans are doing now as Trump and his allies refuse to acknowledge President-elect Joe Biden’s win.

“You gotta wonder how they can do that. That’s four years ago. Republicans whining, calling Democrats ‘sore losers,’ calling Hillary Clinton a sore loser,” Scarborough went on.

In the montage borrowed from CNN, current White House press secretary Kayleigh McEnany said recounts requested by Democrats at that time were “based on no evidence” and called 2016 “a legitimate election” that “no one should question.” Rudy Giuliani made an appearance, too, telling Democrats to “get out of the way” and make room for a newly-elected president. Kellyanne Conway also showed up in the clips, as did Kimberly Guilfoyle and Fox News’ Sean Hannity and Jeanine Pirro. All of them have continued to back Trump through his refusal to accept the election this year.

On Friday, Scarborough fumed that Clinton conceded the election the day after Election Day in 2016 while “we can’t even get any of those people you just saw to admit the reality that Donald Trump lost far worse than Hillary Clinton.” Watch above, via MSNBC.