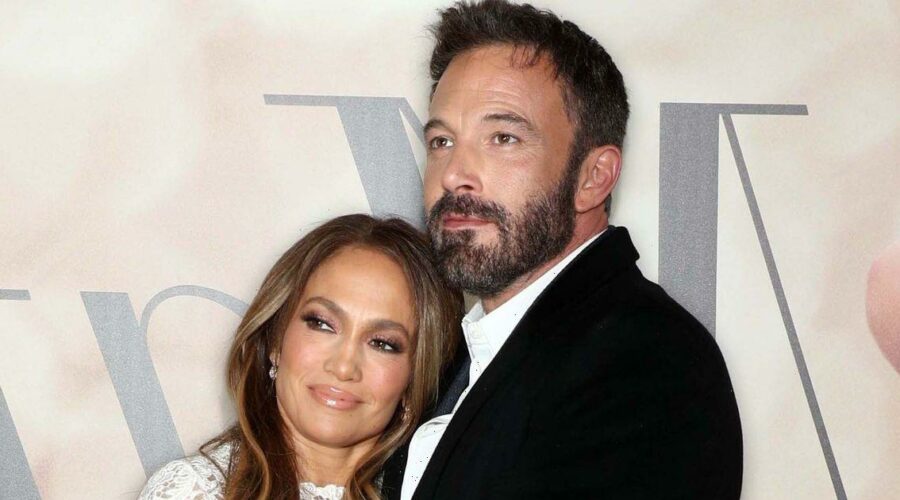 The loved up couple said ‘I do’ to each other at the weekend, with Jennifer later sharing the exciting news in the OntheJLo Newsletter.

The 52 year old music icon wrote: "So with the best witnesses you could ever imagine, a dress from an old movie and a jacket from Ben's closet, we read our own vows in the little chapel and gave one another the rings we'll wear for the rest of our lives.”

Yet despite the lowkey nature of the ceremony, a source close to the couple told People magazine that they "plan on having a bigger party so they can celebrate with family and friends".

It’s unknown yet where the couple plans to honeymoon, after Jennifer described “every day with Ben” as a honeymoon according to the source, but her attention appears to be firmly fixed on the future as she and Ben start their new life together.

Their intimate ceremony is thought to have taken place on July 16th, with the pair even having queued in line for a marriage license before tying the knot shortly after midnight.

"We barely made it to the Little White Wedding Chapel by midnight," JLo told her fans. "They graciously stayed open late a few minutes, let us take pictures in a pink Cadillac convertible, evidently once used by the king himself (but if we wanted Elvis himself to show, that cost extra and he was in bed)."

"They were right when they said, 'all you need is love'," she continued. "We are so grateful to have that in abundance, a new wonderful family of five amazing children, and a life that we have never had more reason to look forward to."

”Love is a great thing, maybe the best of things-and worth waiting for," she concluded, signing the note as Mrs. Jennifer Lynn Affleck.

The pair had previously dated between 2002 and 2004 after falling in love on the set of their movie Gigli.

After an amicable split, both found love elsewhere, but confirmed they had rekindled their romance in July 2021 before tying the knot one year later.

Speaking a little about the romance, the source said: "Ever since they started dating again, Jennifer has truly believed that this is it. She is looking forward to growing old with Ben.”