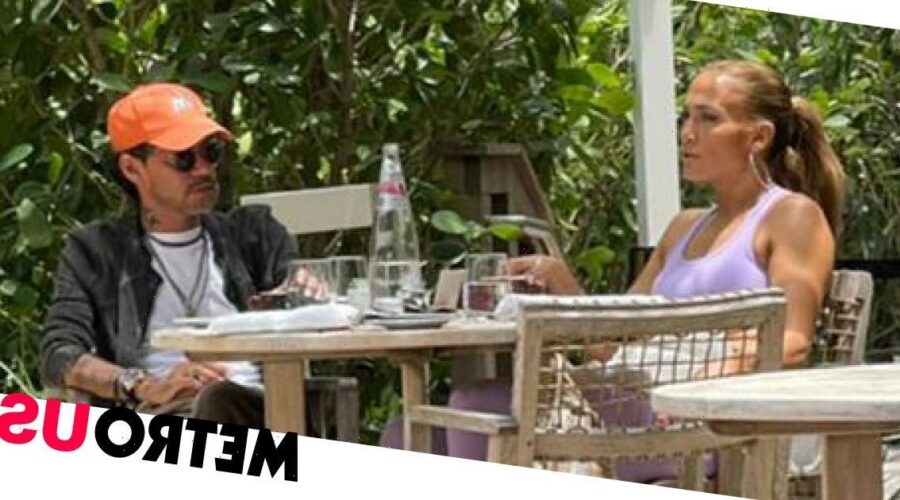 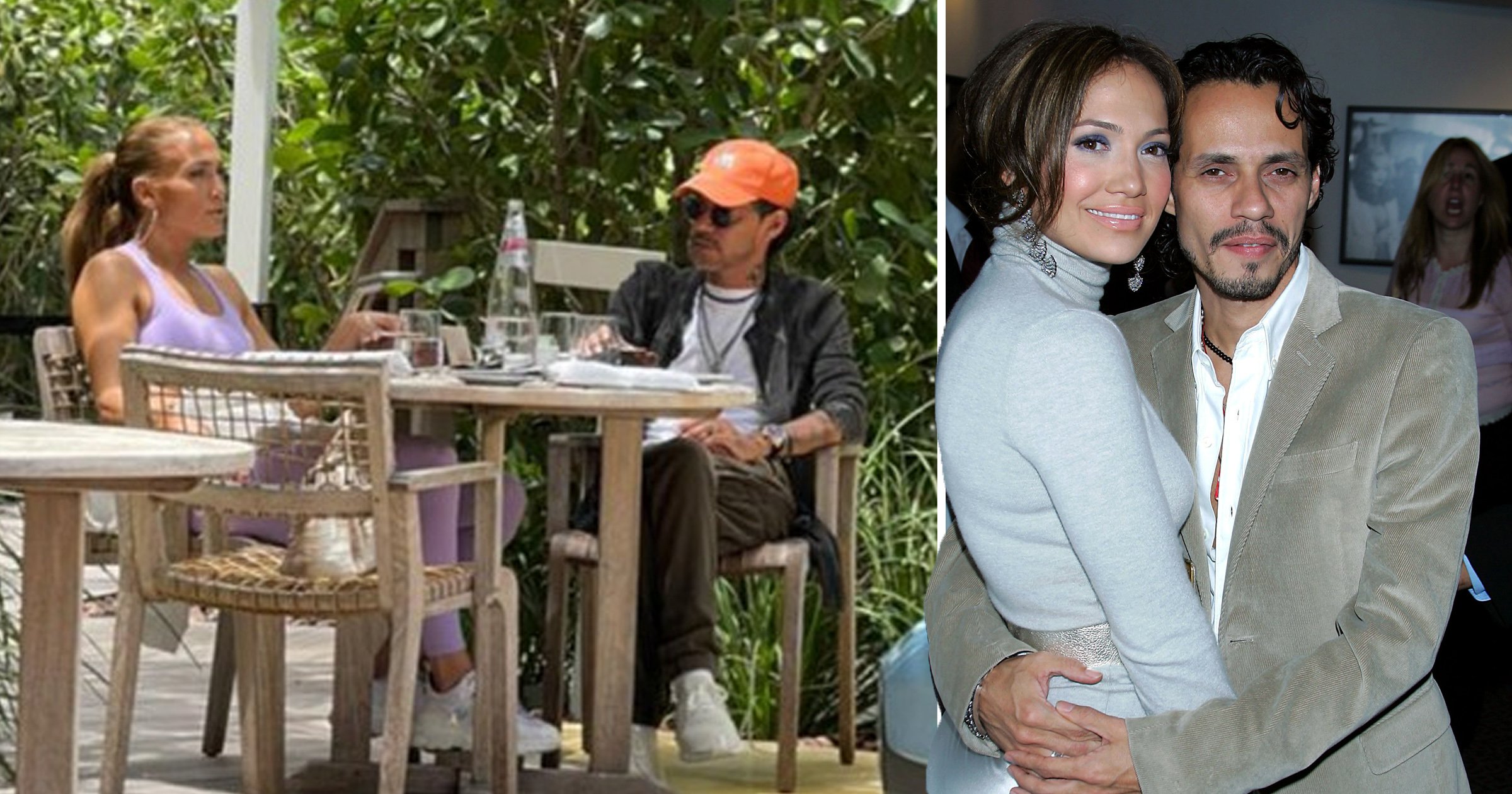 Jennifer Lopez has been spotted on a lunchtime date with ex-husband Marc Anthony, amid continuing rumours of a reconciliation with ex-fiancé Ben Affleck.

Having hung out with Ben at her LA home, on vacation in Montana and – most recently – in Miami, J-Lo also took the chance to catch up with former hubby Marc in Florida.

The pair were seen having a relaxed catch-up together outside on the patio of the W Hotel South Beach in Miami.

J-Lo and Marc, who share 13-year-old twins Max and Emme together, were married for 10 years after tying the knot in 2004.

The former couple ordered bottled water and coffee as they chatted together amicably, although we’re not 100 percent sure why Marc chose to bring a cooler with him.

J-Lo was dressed in a fetching lavender sports bra and matching leggings set, as well as her trademark hoop earrings, while Marc wore khaki trousers, a white T-shirt and dark shirt and an orange Miami Marlins baseball cap.

Plenty of guests recognised the Hustlers star, and a source told People that ‘she was super-nice and upbeat with anyone who approached’.

Marc and Jennifer have always been co-parenting goals, focusing on raising their children together as well as continuing to speak positively of one another.

They have also had great professional success together, duetting together on a song before they were married, and working on J-Lo’s 2007 debut Spanish-language album, Como Ama una Mujer, which debuted at number 10 on the Billboard 200 – only the fifth time a Spanish-language album had achieved a top 10 entry on debut.

They have also worked together on some of her Spanish songs from 2016 onwards, after their divorce.

J-Lo and Ben Affleck have recently had Bennifer fans in a tizz over the time they’ve been spending hanging out together – even being seen canoodling in a gym – but there’s been no official confirmation of their rekindled romance from either party.

Ben and Jennifer were first together from 2002 to 2004, splitting shortly after postponing their 2003 wedding due to ‘excessive media attention’.

Jennifer confirmed her split from fiancé Alex Rodriguez, who she was with for four years, just last month.

Recently, one of J-Lo’s other famous exes, Diddy, embraced the chaos in a cheeky reference to the star’s love life by sharing a photo of the two of them together from their dating days (1999 – 2001), simply captioning it, ‘#tbt’.