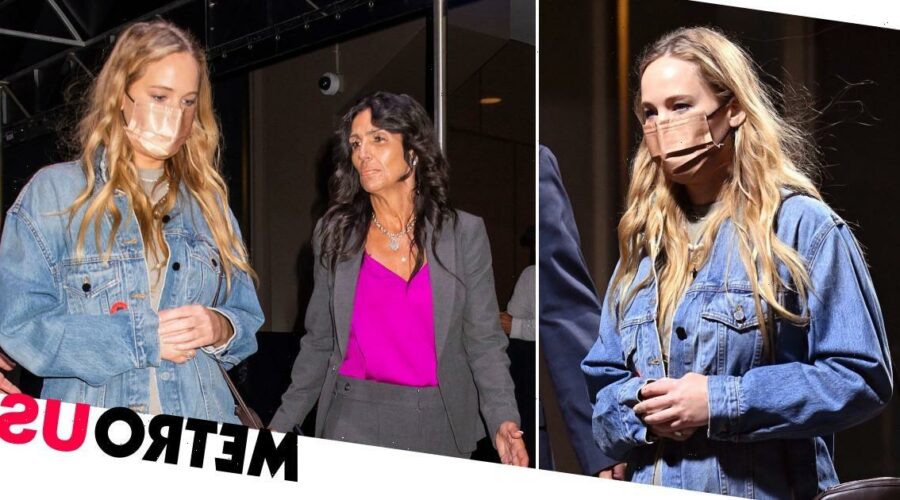 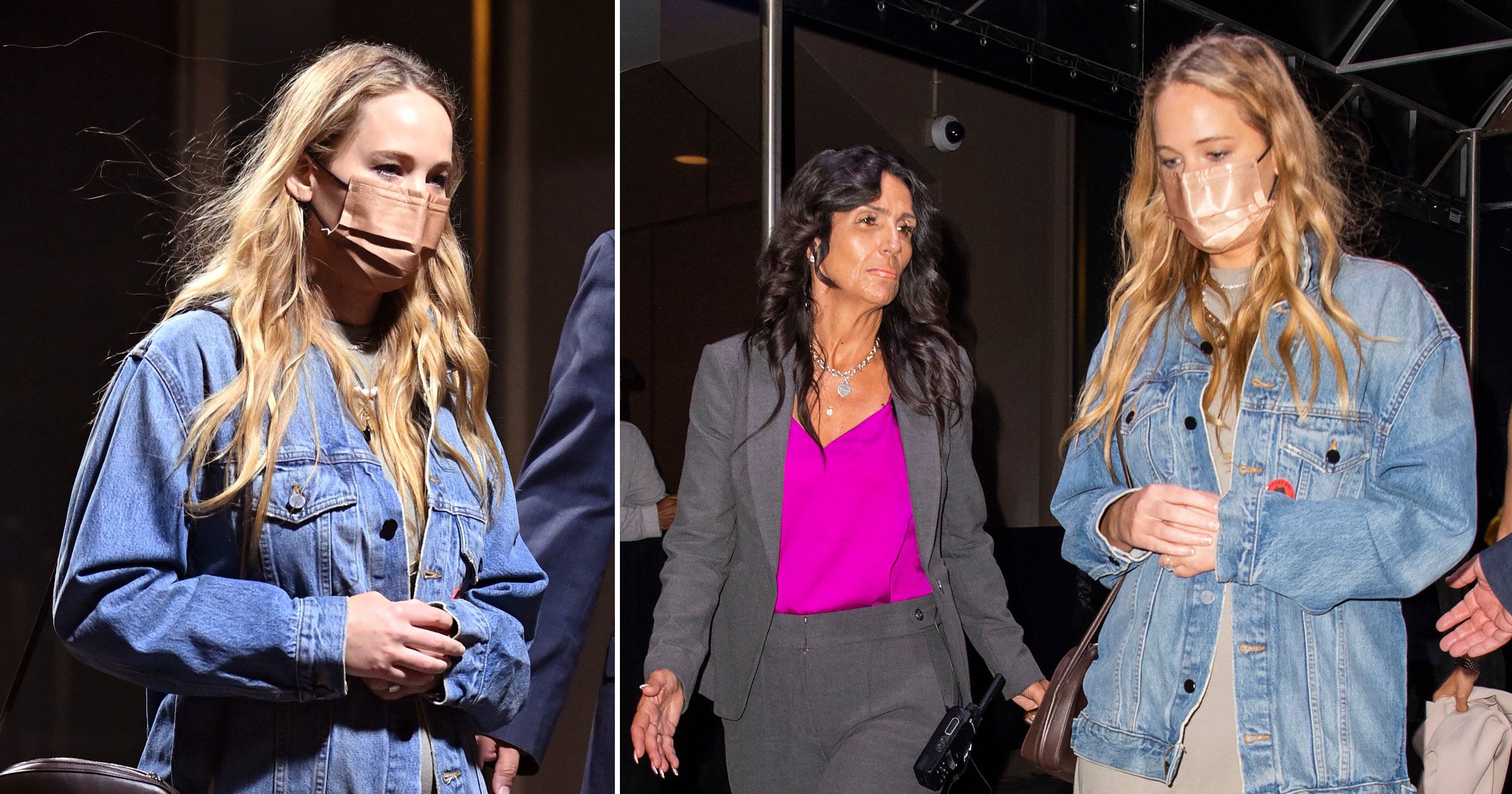 Jennifer Lawrence tried to make a lowkey exit after hitting up Madison Square Garden in New York at the weekend for a comedy show.

The actress gently rested her hands over her baby bump as she was pictured leaving NYC Still Rising.

J-Law, 31, had her loose denim jacket wrapped around herself over her maxi dress, which she wore with a nude face mask and white shoes and her growing stomach just visible.

The star carried a brown handbag over one shoulder as she made her way through the waiting paps on the street.

Earlier this month Jennifer’s rep confirmed the news she and husband Cooke Maroney, who have been together since 2018, are expecting their first baby.

The lovely news comes two years after the couple tied the knot in Rhode Island, having got engaged in 2019.

The Hunger Games star is notoriously private, but did give a glimpse into her relationship during an appearance on a podcast in June 2019.

‘He’s the greatest human being I’ve ever met. I wasn’t at a place where I was like, “I’m ready to get married,” I just met Cooke and I wanted to marry him,’ she gushed.

‘We wanted to marry each other, we wanted to commit fully. He’s my best friend, so I want to legally bind him to me forever.’

She said of Cooke: ‘How do I feel? Is he nice? Is he kind? It’s just… this is the one, I know that sounds really stupid but he’s just… he’s the greatest person I’ve ever met, so I feel very honoured to become a Maroney.’

Jennifer revealed to Entertainment Tonight that it had been ‘very, very easy’ to say yes when Cooke proposed.