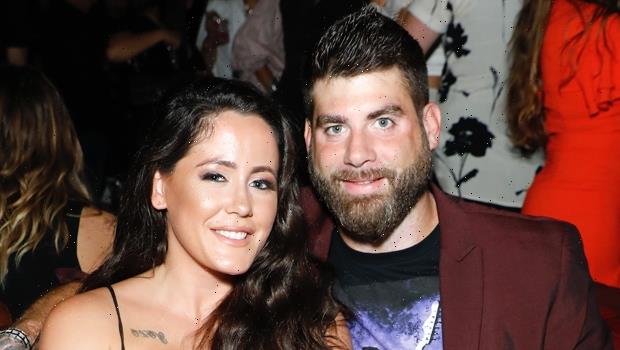 After revealing that she and her husband David Eason were “stronger than ever” after their separation last year, Jenelle Evans posed with his daughter, Maryssa, 13, along with her other children in a new Instagram pic. The blended family looked happy as they celebrated Jenelle’s son Kaiser’s, 6, kindergarten graduation. “Yay for Kaiser! After struggling with #Kindergarten for 2 years now and then COVID happening, he’s had a tough time trying to focus. Super happy to say he finally made it to 1st grade! We are SO proud of you Bubba,” the former Teen Mom 2 star wrote.

In a Reels, Jenelle shared a montage of videos from the happy day, and even showed Kaiser accepting his little diploma in a white cap and gown. As the mom of three mentioned in her Instagram caption, Kaiser had difficulties in school, which she opened up about in a recent episode of her YouTube series, “Addicted To Growth.” “Kaiser had a really hard time at school in North Carolina. He was in his first school and got kicked out. In the second school, he basically got kicked out, wouldn’t behave. And when we got to Tennessee, he started school again,” she revealed. “Luckily, he got to picked up by the bus and brought to school, I just had to bring him to the apartment complex but he was bad in the bus and when he got to school, he was bad in school and things weren’t going that great and they would call me every other day to come pick him up.”

Kaiser was all smiles on his graduation day, posing in front of a balloon arch and a sign that said, “Congratulations Class Of 2021.” Also in the photo was Jenelle’s step-daughter, Maryssa, who is rarely seen in her photos. One of the last times the 13-year-old was seen on the Teen Mom 2 star’s social media was in a video last July, when fans spotted her wearing a shirt decorated with a Confederate flag. This was the same shirt that Jenelle wore, herself, in 2018, in response to backlash after her controversial husband David posed with a Confederate flag, as well.

Of course, Jenelle and David have had their own issues in the last year after a brief separation in October 2019 after David admitted to killing the family dog. “To me, I felt like we can work through that, especially if we went to marriage counseling and we went to parenting counseling before we’d been to marriage counseling, I’m just glad we got over it. Things are a lot better,” she recently told Us Weekly. “I think before I wasn’t sure, but now I’m really secure with my marriage. And I really do think this is forever, especially because lately we’ve been really getting along, like, for longer periods of time than before. So, it’s great.”