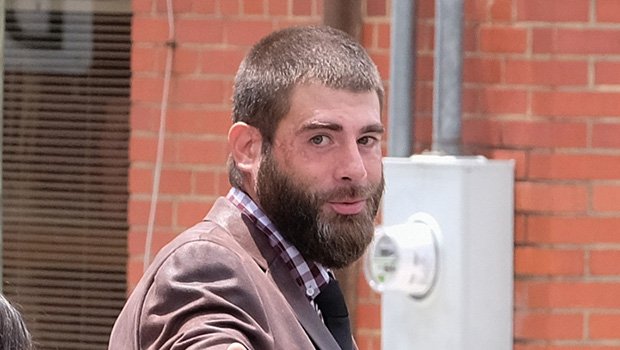 David Eason is turning on his own daughter. Jenelle Evans’ husband reportedly claims he’s ‘done’ with his daughter Maryssa, 11, after she refused to see him during a supervised visit.

The family drama just keeps going for David Eason and Jenelle Evans. They’re dealing with the aftermath of a North Carolina judge’s decision on May 28 that her three children Jace, 9, Kaiser, 4, and Ensley, 2, would remain in the custody of their current caregivers and not go home to the couple. Now David’s 11-year-old daughter Maryssa reportedly wants nothing to do with the 30-year-old and it allegedly set him off big time, causing him to storm out of a May 31 scheduled visitation and no longer wanting custody of his child.

“Jenelle and David had a supervised visit at the visitation center with all four kids today,” a source tells The Ashley Roundup. “Jace and Ensley were there, as was Kaiser. Maryssa came but refused to see David so he left. He said he’s done with Maryssa, and that she can stay with her grandmother for good.” The site reports Maryssa has been staying with her maternal grandmother and that the girl’s mom Whitney Johnson does live in her home, but she has no formal custody of her daughter. David was awarded full custody of Maryssa in 2017. The site also reports that he is no longer fighting to get back custody of Maryssa.

Since Jenelle’s mom Barb has custody of Jace, the couple is reportedly only trying to get back custody of her two youngest children, Kaiser by Jenelle’s ex Nathan Griffith and her daughter Ensley by David. “They are now only fighting to win back custody of Ensley and Kaiser,” the source tells the site, adding that the couple are not fighting for unsupervised visits with Jace.

The whole mess stared on April 30 when volatile David shot and killed Jenelle’s pet French bulldog Nugget for allegedly nipping at Ensley. The Columbus County Sheriff’s Department and the county Animal Control launched an animal cruelty investigation into David’s actions, which he unapologetically admitted to in an Instagram video. On May 7, MTV announced it was severing ties with the longtime Teen Mom 2 star and less than a week later Child Protective Services removed Jenelle’s children from her home.