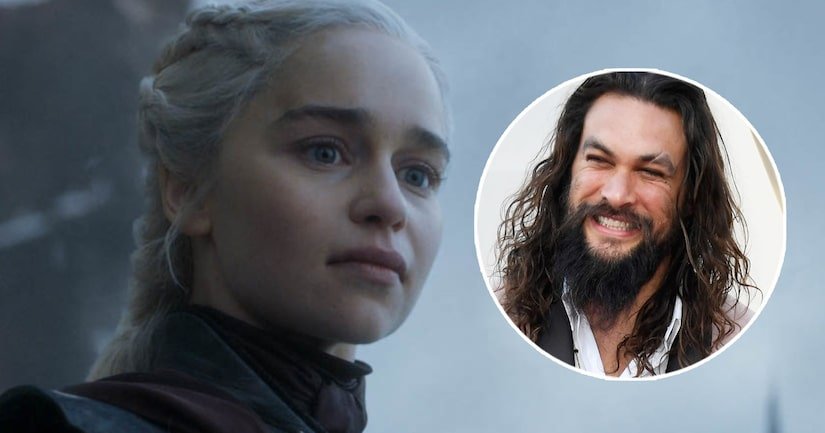 Khal Drogo was not happy with how his wife Daenerys Targaryen was dealt with in the "Game of Thrones" series finale.

Jason Momoa, who starred as Drogo in Season 1 of the HBO show, gave his followers an inside look at his live reactions to the series end and his fury at Jon Snow for murdering Dany (Emilia Clarke).

Ever since his time on the series, Momoa has been a vocal supporter of Clarke and the Mother of Dragons. When Snow (Kit Harington) stabbed Dany in the finale, Momoa absolutely lost it.

"F–k you! F–k you, punk!" he yelled on his Instagram Stories Monday night. As Momoa filmed himself watching, Dany’s last dragon, Drogon, which was named after Momoa’s character, is heard shrieking in the background as he burned down the Iron Throne.

Dany’s death wasn’t the only thing Momoa was unhappy with. Like many fans, the actor was seemingly angered after Bran Stark (Isaac Hempstead-Wright) was named the King of the Six Kingdoms (no longer Seven thanks to Sansa) and was even more furious when Jon was sent back to the Night’s Watch for killing Dany. However, unlike many critics who found Jon’s sentence to the Wall useless — as there is no more Army of the Dead — Momoa wanted more justice for the murder of the fallen Queen.

Similar to the earlier part of the Live video, Momoa filmed himself yelling and cursing at the television. "Let me get this shit straight," he began.

"You’re going back to what the f–k you did in the first place and you killed Khaleesi," he continued. "Oh my God! We’re gonna go to the bars and we’re gonna get in a fight."

"I feel lost," Momoa added. "I’m lost. What the f–k? Drogon should’ve melted his ass. Ugh. And the goddamn bar is closed!"

After Clarke posted a screenshot of a New Yorker interview on Instagram on Monday, Momoa vented his sadness over her character’s tragic ending.

"Baby that episode killed me," he commented on the post. "I love u madly," he added in another. Momoa also threw in some heart-eyed emojis in a third comment.

We’d expect nothing less from a Khal mourning the death of his Khaleesi.

End of an era. #CommentsByCelebs