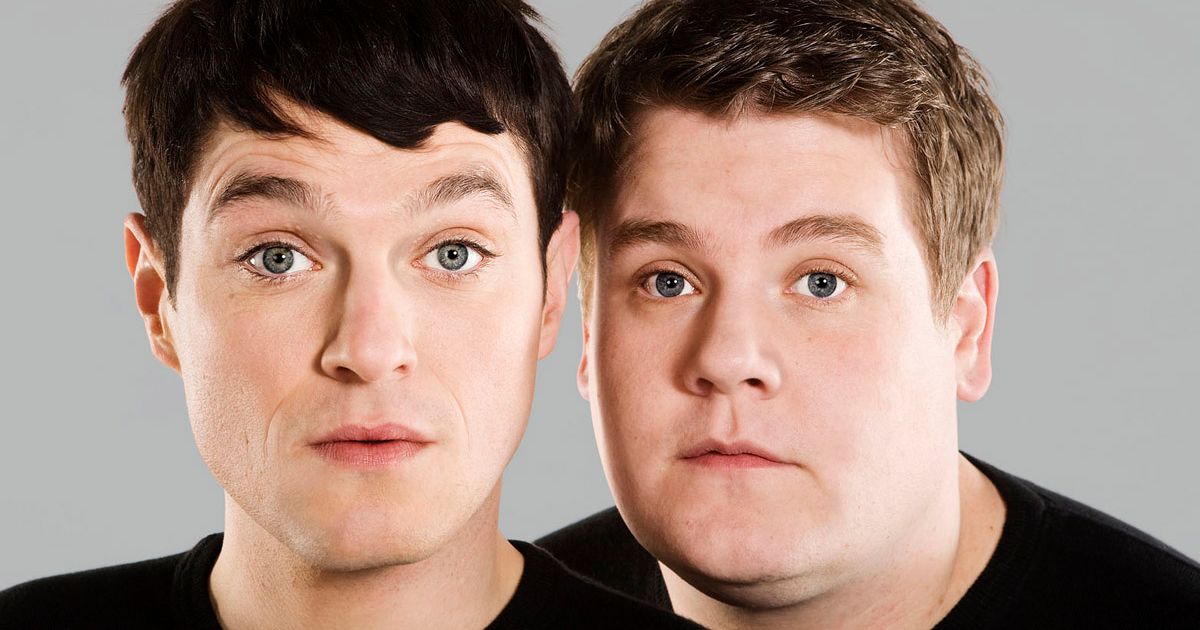 James Corden and Mathew Horne were a famous duo while on Gavin and Stacey together.

Best known for playing Smithy and Gavin Shipman on the popular BBC show, the pair went on to have their own comedy show, host the BRIT Awards together and even star in a Hollywood film alongside each other.

However, now their lives couldn't be more different, with Corden living in the lap of luxury while Horne is set to relocate to a remote cottage in the Highlands.

You only have to look at Corden's £7.3million mansion in trendy Brentwood, LA, to see that his time on The Late Late Show has been a success.

Sharing the property with American wife Julia and their children, Max, eight, Carey, four, and Charlotte, 18 months, the TV star has spared no expense to make sure he lives in the most plush surroundings imaginable.

With a huge swimming pool in his back yard, a cinema room and even fully decked out spa, Corden's home must feel more like a hotel.

The building also has its own gym where he exercises with his PT, as well as a wood panelled library.

It's a big change from the home Corden used to live in back in the UK – a flat above a doughnut shop.

Meanwhile, Corden's former sidekick Horne is set to change his living arrangements too.

The 40-year-old actor used to own a £1.15million two bedroom flat in London's stunning Barbican, and while he's hinted he would have loved a life in America, he's now moving to a remote area of the Scottish Highlands instead.

The small town of Helmsdale is so off the beaten track at it only has a population of 700.

Speaking to the Daily Mail, Horne said: "I'm there the whole time I'm not working . . . I just want to be in the Highlands . . . I would go to Hollywood if something came in that I really wanted to do."

While the pair have been hit with feud rumours for years, speaking to The Mirror in 2016, Horne said that he didn't have any animosity about his former co-star's new lease of fame.

"Jealousy isn’t something I do – I am not a jealous person," he said. "I am thrilled and about the success he is having.”

Addressing their so-called feud after years of speculation, Horne added that there was never any bad blood between them.

However, more recently he hinted that there had once been some drama, admitting that he was a "relief" that he and Corden "didn't need to do anything" to "heal their rift" in time for a much anticipated Gavin and Stacey comeback.

Whatever happened between the duo, their return to Gavin and Stacey for the Christmas special is exciting news for fans nationwide, who followed their friendship both on-screen and off since it first begun.

Speaking BBC Radio 5 Live, Horne said he was "overwhelmed" by the response from fans about the show's comeback.

"We are all really surprised and shocked in a good way" he said.

He went on to reveal that filming will be taking place in the summer for the one-off episode scheduled to air on Christmas Day.