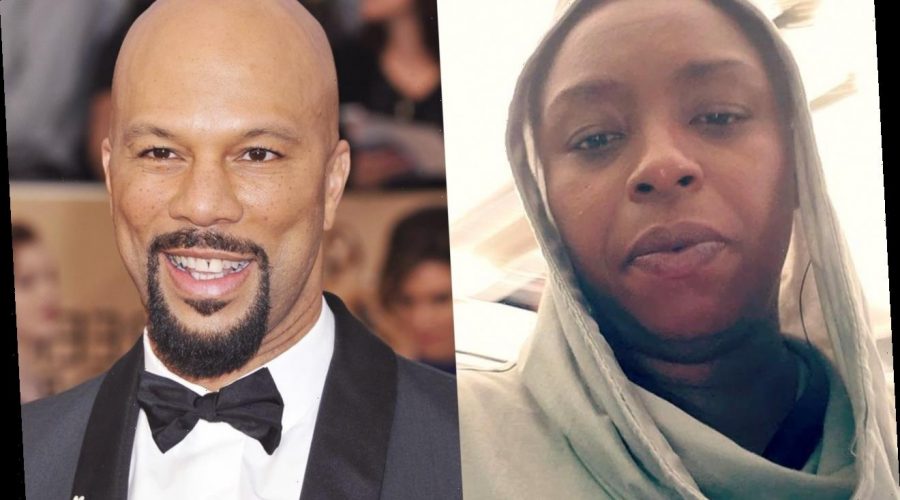 The ‘What You Want’ singer also claims that her account was previously locked after being reported for harassment by Common, whom she accused of sexually assaulting her when she was asleep.

AceShowbiz –Jaguar Wright apparently isn’t done dragging Common. After accusing the rapper of sexually assaulting her, Jaguar revealed in a new Instagram post that her account was previously locked after being reported for harassment by Common.

“Out of IG jail and we’re back at it again! I’m so tired of all these stacked decks!” Jaguar wrote in the post which she shared on Tuesday, November 11. “This is the second time I’ve been on [lock emoji] down .. after being reported for harassment by @common .. though he has sent Hella Trolls to my @dalladelphiaproductions zoom room meetings, and countless trolls here on IG to attack or set me up for defamation suits!”

“I do my own wet werk and don’t hide my intentions! Lonny, you have become so fake,” the singer went on to say, referring to Tiffany Haddish‘s boyfriend whose real name is Lonnie Corant Jaman Shuka Rashid Lynn. “I have to listen to your old records just to remember you use to be a real dude! Then .. that last relationship, just broke down like an old #fordpickup on I-30 N! Why do they all leave Lonny? Did you break up with all these amazing women from your past? Or, did they [run emoji] just like I did!? Why Lonny!?”

Prior to this, Jaguar issued a public apology to Tiffany. “There’s one person that I have not addressed directly. And the truth is because I have a lot of respect for her. I think that she is a wonderful comedian. I think she’s a great philanthropist,” Jaguar said of the “Girls Trip” star in an Instagram video back in September.

“I just got off of her page and I just scrolled through like a month or two. I was just curious to see if everything going on in hip hop and neo-soul was affecting her in any way because I know that she’s in a relationship with, unfortunately, someone who became a target of my investigation. I just want to say to Tiffany Haddish, I got all of the respect in the world for you,” she continued. “[Luenell Campbell] has always spoken highly of you and there’s not much Luenell can say to me that I don’t take as Bible. So I just wanted to apologize, for real, for real, if anything that I have done has caused you distress.”

Jaguar accused Common of sexually assaulting her while she was asleep. “That’s why I stopped f**kin’ with him,” Jaguar said at the time, insinuating that she and Common were in a romantic relationship at the time. She explained, “Because n***a, if you gon’ try to stick your d**k in my mouth while I’m sleep, there ain’t nothin’ you won’t do.”

Common, however, denied all the allegations. “God bless, Jaguar. I really don’t have any negative thoughts towards her,” he said during his appearance on “Rise and Grind Morning Show”. “I was for surely disappointed and hurt when she said what she said about me because it wasn’t true. I know people that have experienced sexual assault and that’s not anything to just say if it’s not true. But I also understand that she may be going through some things that I don’t understand.”