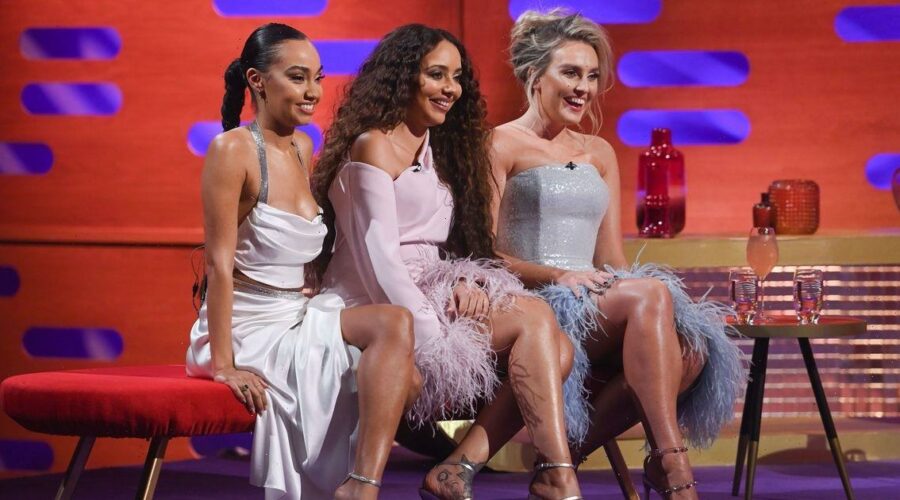 The singer and her bandmates Perrie Edwards and Leigh-Anne Pinnock are celebrating being in the band for a whole decade this year, and Jade decided to mark the anniversary with a brand new inking.

Showcasing the tattoo on her Instagram Stories, the 28 year old star posted a close-up black and white image of the unusual design.

The date August 19, 2011 was written in a different language just above her ankle.

“To commemorate 10 years of @littlemix,” the star wrote, thanking her tattoo artist underneath.

Little Mix won The X Factor 10 years ago in August, in an iconic moment that saw the group become the first ever band to win the show.

The girls were also put together by music mogul Simon Cowell after originally auditioning as solo artists, and instantly became a success.

Sadly, original member Jesy Nelson decided to quit the band last year after she said she needed to put her mental health first after years of struggling.

Now, Little Mix have also announced they will be taking a break in 2022 as they take some well-deserved time out from the industry and explore their only solo ventures.

Despite the sad news, the group are still going strong and even dropped a greatest hits album in November.

The track Between Us was a stand-out on the track list, with fans incredibly excited for the band’s tour in April.

It comes as recently Jade reflected on a moment during the Royal Variety Show when her bandmates tried to encourage her to chat up Prince Harry, who was single at the time.

Little Mix performed at the concert in 2015, and were granted the opportunity to meet and chat to the Duke of Sussex afterwards, with a picture showing Jade shaking the Royal's hand.

"I remember at the time I think I was the only single one and the girls were like 'go on Jade' – trying to push us onto Prince Harry," Jade laughed, but ultimately said he just wasn't "that interested".

For all your latest updates on Jade Thirlwall and Little Mix, sign up to OK!'s daily newsletter.