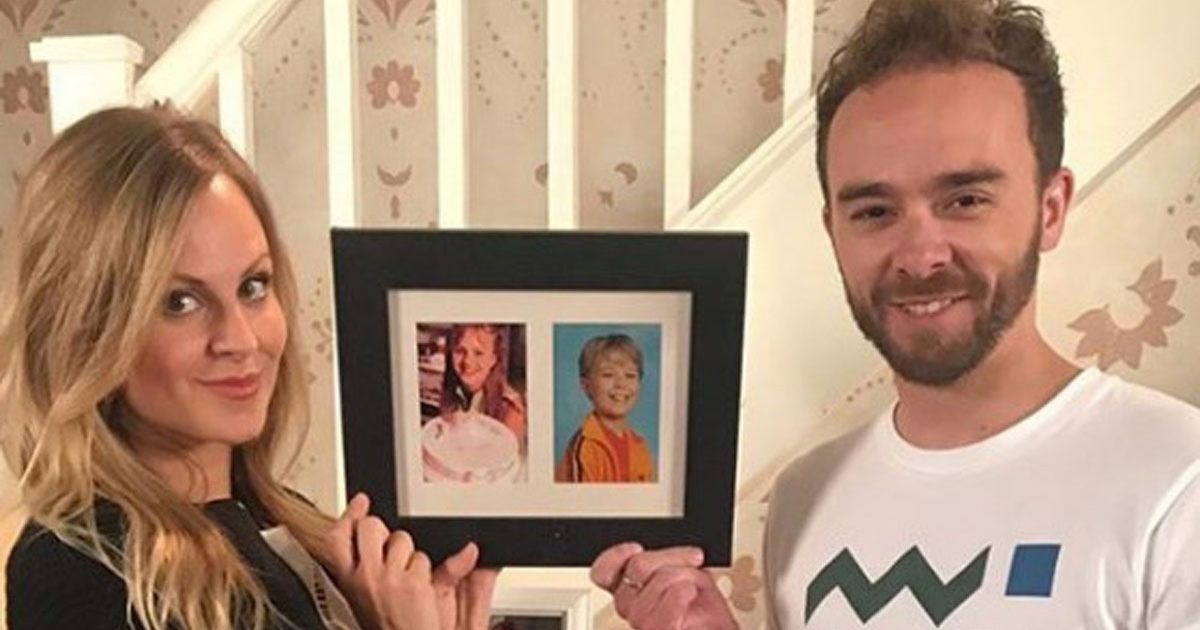 Jack Shepherd and Tina O'Brien posed up for an incredible past-meets-present throwback snap as they marked 20 years as Coronation Street siblings.

The pair joined the ITV soap as brother and sister David and Sarah Platt in 2000.

They celebrated their special anniversary by posing up in the Platt house on the Corrie set, with pictures of themselves as kids.

Jack, now 31, is an angel-faced child with floppy blond hair and wearing a bright orange tracksuit in the old picture.

While Tina, now 35, is seen smiling as she poses up with a birthday cake.

One fan said: "Tina never seems to age. Looks younger than her on screen daughter Bethany. Share your secret Tina?"

Another of Jack's followers told him: "I remember you coming into it and thought 'blimey this kid is bloody annoying' . Who knew you would soon find your feet and genuinely become one of the best characters and actors on the Street. Quite an achievement- well done!"

And one commented: "My two favourite characters, so cute"

Tina and Jack have had some incredible and dramatic storylines during their two decades on the show.

Tina's character has had a teenage pregnancy, been kidnapped and almost killed by her stepdad, Richard Hillman, along with her family.

Jack's character infamously tried to kill his mum Gail, held his dying wife Kylie in his arms and suffered a rape ordeal.