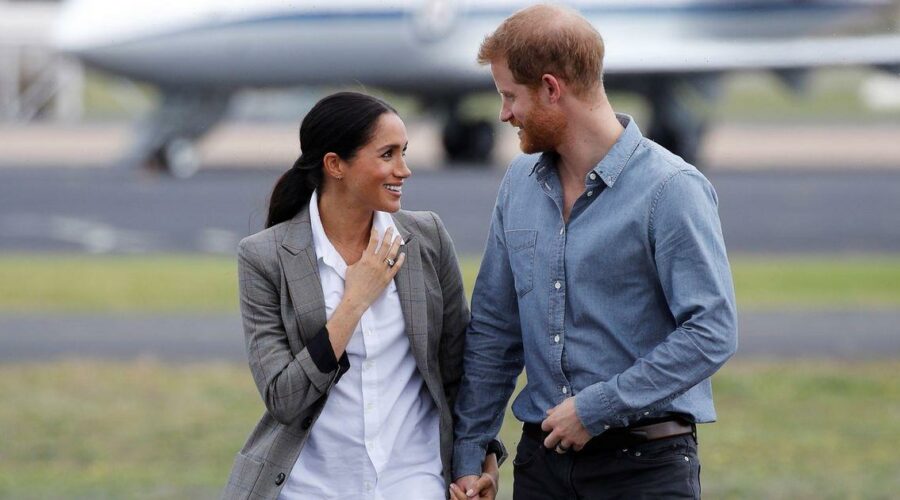 Royal experts warn that Meghan Markle and Prince Harry’s new partnership with company Procter and Gamble could backfire on the couple as it 'goes against what the Queen stands for'.

It was revealed this week that Meghan and Harry's non-profit Archewell foundation had teamed up with consumer goods company Procter & Gamble in a partnership aimed at building more compassionate communities.

In a statement, it said the partnership would focus on gender equality, creating inclusive online spaces and "resilience and impact" through sport.

But Duncan Larcombe, author of Prince Harry: The Inside Story, tells OK! that whilst he believes the couple's intentions were good, aligning themselves with a big company may not be a good move.

"I have no doubt that Meghan and Harry entered into this deal for sound and honourable reasons and the hope that they can change an organisation from within," he said.

"But the problem is when you align yourself with a big money company, the end may not justify the means. The royal seal of approval is not for sale. It goes against the Queen's principles.

"She has most likely been offered a lot of big money deals or the chance to team up with powerful companies but it's not something she agrees with.

"Meghan and Harry have faced a lot of critics since moving to America who think they are on big ego trips and filling their bank accounts by announcing new brand deals and partnerships per week. I feel like they may be setting themselves up for an enormous explosion if it goes wrong."

Meghan famously hit out at Procter and Gamble as an 11-year old when she accused them of using sexist language in an advert.

She launched a letter-writing campaign to speak out against the commercial which included the line ‘Mothers around America are fighting greasy pots and pans’.

Meghan asked the company to change the wording of the commercial to ‘people all over America’ and the company subsequently amended the language.

She later appeared in an interview with Nick News in 1993 to talk about it, saying she was 'furious’ at the advert. "When they heard this, the boys in my class started saying, 'Yeah, that’s where women belong – in the kitchen'."

The new move comes after Meghan discussed the upcoming birth of her and husband Prince Harry's unborn daughter in a pre-recorded speech for the Vax Live concert.

Meghan’s message aired on US television on Saturday 8 May, where she and husband Harry, 36, had acted as campaign chairs for the event, which saw acts live Jennifer Lopez, Selena Gomez and more stars perform.

Prince Harry’s wife’s appearance for the event, which supports vaccination efforts across the globe against the spread of coronavirus, saw her wear a stunning red blouse with flowers printed on.

05/12/2021 Celebrity Comments Off on ‘It’s against what the Queen stands for!’ Royal expert warns Meghan’s new Proctor and Gamble deal could backfire
India