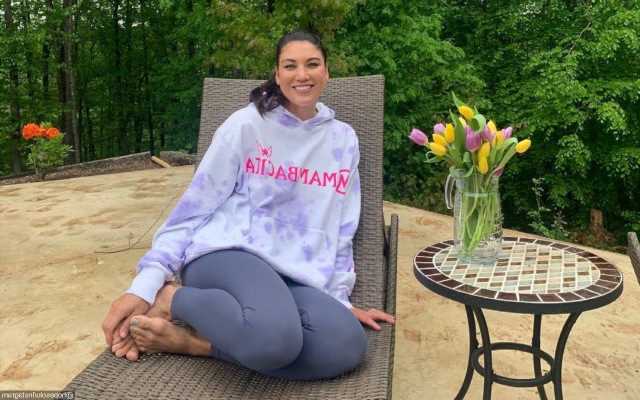 The former U.S. women’s national team star goalkeeper opens up about the arrest for the first time in the latest episode of her podcast ‘Hope Solo Speaks’.

AceShowbiz –Hope Solo is learning from mistakes. The former U.S. women’s national team star goalkeeper has admitted that she regrets letting alcohol “get the better of [her]” following her April arrest for DWI.

In the latest episode of her podcast “Hope Solo Speaks”, the 41-year-old retired soccer player spoke about the incident and called it “the biggest mistake of my life.” She told the listeners, “I let alcohol get the better of me in a decision that I will never live down, a decision that has come as a great cost to me and my family.”

Hope added she felt “embarrassment” and “shame” following the arrest. “The reality of what this meant was horrific. The embarrassment. The shame. The financial loss,” she said, “The thought of explaining this to my children when they’re old enough to search the internet.” She further elaborated that she “had to get to the bottom of why I found myself in that situation, in that moment, with a police officer knocking on my car window.”

For her guilty plea to DWI, Hope was given a suspended sentence of 24 months and an active sentence of 30 days, which she was given credit for with the time she spent in rehab. She was also fined $2,500, ordered to cover the cost of $600 worth of lab tests and undergo a substance abuse assessment, complete all suggested treatments and surrender her driver’s license.

“Entering myself into treatment, awaiting the legal system, dealing with international and national headlines, canceling my attendance at the Hall of Fame induction, it seemed embarrassment compounded on top of embarrassment,” she recalled on her podcast. “There were many days and nights of crying uncontrollably to having my very first panic attack. The thought of leaving my family behind to fend for themselves was almost unbearable.”

Hope later shared that her heart was ultimately broken as she watched her kids wave, “knowing they had no idea how long I would be gone, not understanding that I won’t be returning that evening or the next day.”

“Today I am grateful for my 30 days away to read, think, pray, meditate and learn,” Hope said on her podcast. She continued, “There is no shame if we struggle with alcohol or addiction. Thank you to the beautiful men and women who taught me this.”

Hope was taken into police custody after she was found passing out behind the wheel of a vehicle in North Carolina with her 2-year-old twins inside. According to an arrest warrant, a passerby noticed Hope passed out behind the steering wheel for more than an hour with the vehicle’s engine running and the two children in the backseat. A responding officer could smell alcohol.

The document also stated that Hope refused a field sobriety test. However, her blood was still drawn for further investigation. She was later charged with driving while impaired, resisting a public officer and misdemeanor child abuse.