If you’re a Yellowstone fan, good news is coming your way. Yes, the series is coming back for Season 4, but it looks like we’ll be seeing much more of the Dutton family because a prequel to the popular series is currently in the works.

Created and produced by Taylor Sheridan, a co-creator of Yellowstone and writer of movies like Hell or High Water, Wind River, and Sicario, the prequel Y: 1883 will explore where the Dutton family got their start. Since the already-popular Yellowstone hit all-time popularity highs with its Season 3 in 2020, we expect some excitement for what’s in store. Here’s everything we know so far about Y: 1883.

A teaser of the new series aired during Super Bowl LV. The clip featured an unknown voice that says, “I don’t care if you live or die. But should you live… you tell them about me,” leaving fans with no real expectations. But according to a recent statement from Paramount, Y: 1883 will follow the Dutton family’s attempt to flee poverty and seek a better life in Montana, traveling across the Great Plains in a retelling of Western expansion.

Who will be in the show?

We don’t have any casting information yet for Y:1883, but since the show is expected to debut at some point in 2021, we should hear something relatively soon. We wouldn’t expect to see many cast members from the original Paramount Network Yellowstone series, though, given this show will take place significantly earlier. Can never rule out flashforward scenes, though. But the main players will certainly be an entirely new group.

As of now, there is no official date for when the series will make its debut. During the 10-second teaser, the only information fans got was that Y: 1883 will come sometime in 2021. Considering the success of Yellowstone, which will have its Season 4 premiere this summer, it’s likely the show’s creators aren’t looking to conflict their viewership and might look at a late fall or winter 2021 premiere for the prequel. 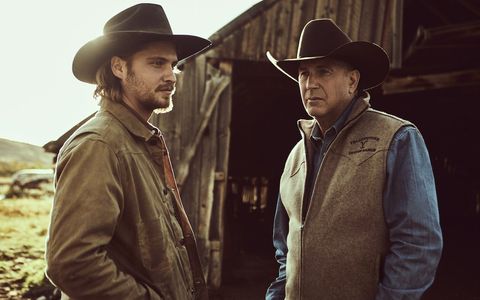 Although the original Yellowstone is available to stream through NBCUniversal’s Peacock streaming service (and airs first run on TV’s Paramount Network (check your local listings)), Y: 1883 is taking a different route. The series will premiere exclusively on Paramount+, the new streaming service launching March 4. Formerly CBS: All Access, the service will be available for subscribers through a $5.99/month plan with limited commercials or $9.99/month plan with no commercials.