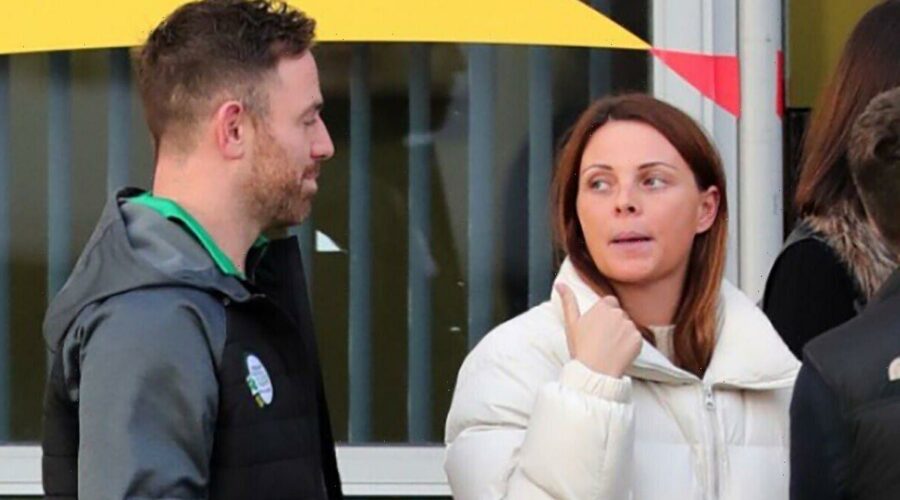 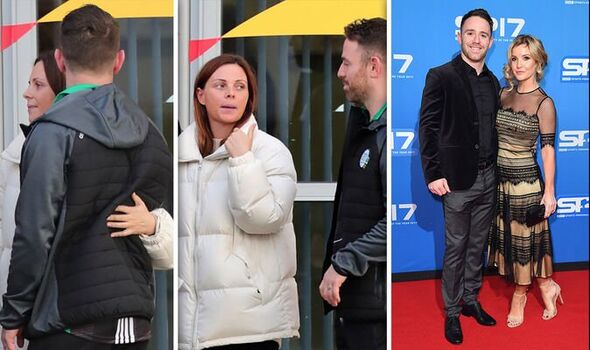 Richie was seen meeting up with his friends at Legends Bar in the stadium after the game, before he returned to his teammates.

The sports star wore a black and grey hoodie over his green shirt and some black trousers.

Stephanie, who kept it casual in a white puffer jacket and baggy black trousers, was spotted leaving with a friend to go back to Yorkshire.

The couple’s rare public sighting comes after Richie’s ex Helen, 39, announced her husband had “left the family home” four months after giving birth to their third child back in April.

The Leeds Rhinos rugby player held his new partner close as they embraced after the Ireland Vs Lebanon game.

Stephanie, who is the daughter of Leeds Rhinos president Andrew Thirkill, kept cosy in a white puffer jacket, while Richie donned a black and grey hoodie.

Richie Myler and Stephanie Thirkill are expecting a child together

The couple will be welcoming their first child together, although Richie is already a father of three.

Richie Myler is the estranged husband of Countryfile and Strictly star Helen Skelton, 39

The Strictly Come Dancing contestant announced they were splitting back in April this year.

The star described how Helen was going through a “difficult time” and said she had been made to feel “not beautiful” and “not good enough”.