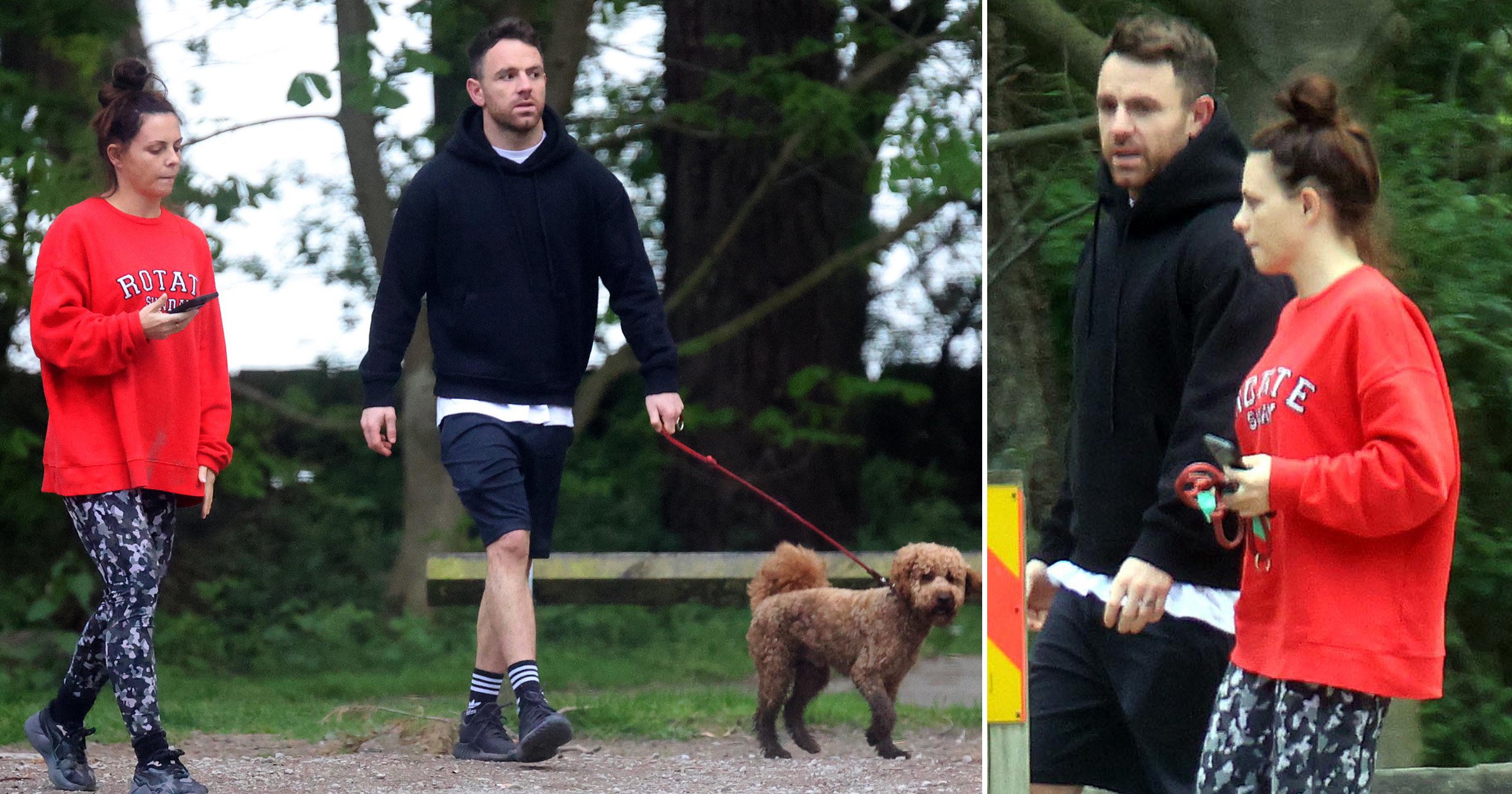 It has since been claimed that Richie, 31, has moved on and is now dating Stephanie, daughter of the president of the club he plays for.

This week, the reported new couple were seen out and about enjoying a leisurely stroll in the country while walking one of their dogs.

They were very relaxed with one another as Stephanie wore an oversized jumper and leggings with her hair scraped up into a bun, while Richie also opted for casual attire, donning a hoodie, white T-shirt and shorts.

An eyewitness who saw the pair on their walk, said: ‘They seemed really content together.’

The insider added to The Sun: ‘They wandered down to the reservoir before a peaceful stroll on one of the tracks in the late sunshine.

‘You can get away from everything there.’

Stephanie is the daughter of Andrew Thirkill who is president of Leeds Rhinos. Andrew is said to be one of the richest businessmen in Leeds with an estimated net worth of £175million, and has featured on the Sunday Times Rich List.

Meanwhile, Stephanie, 32, studied Retail Marketing Management at Leeds Metropolitan University and has a full-time job as marketing executive at Age Partnership, of which she is listed as a director alongside the company Advise Wise, both of which are run by her father.

Richie has been keeping a low profile as reports surrounding his marriage to Helen continue to swirl.

The TV presenter announced her estranged husband had ‘left the family home’ in a brief statement shared to her Instagram stories in late April. It came nearly four months after she gave birth to their third child, daughter Elsie Kate; the couple are also parents to Ernie, six, Louis, four.