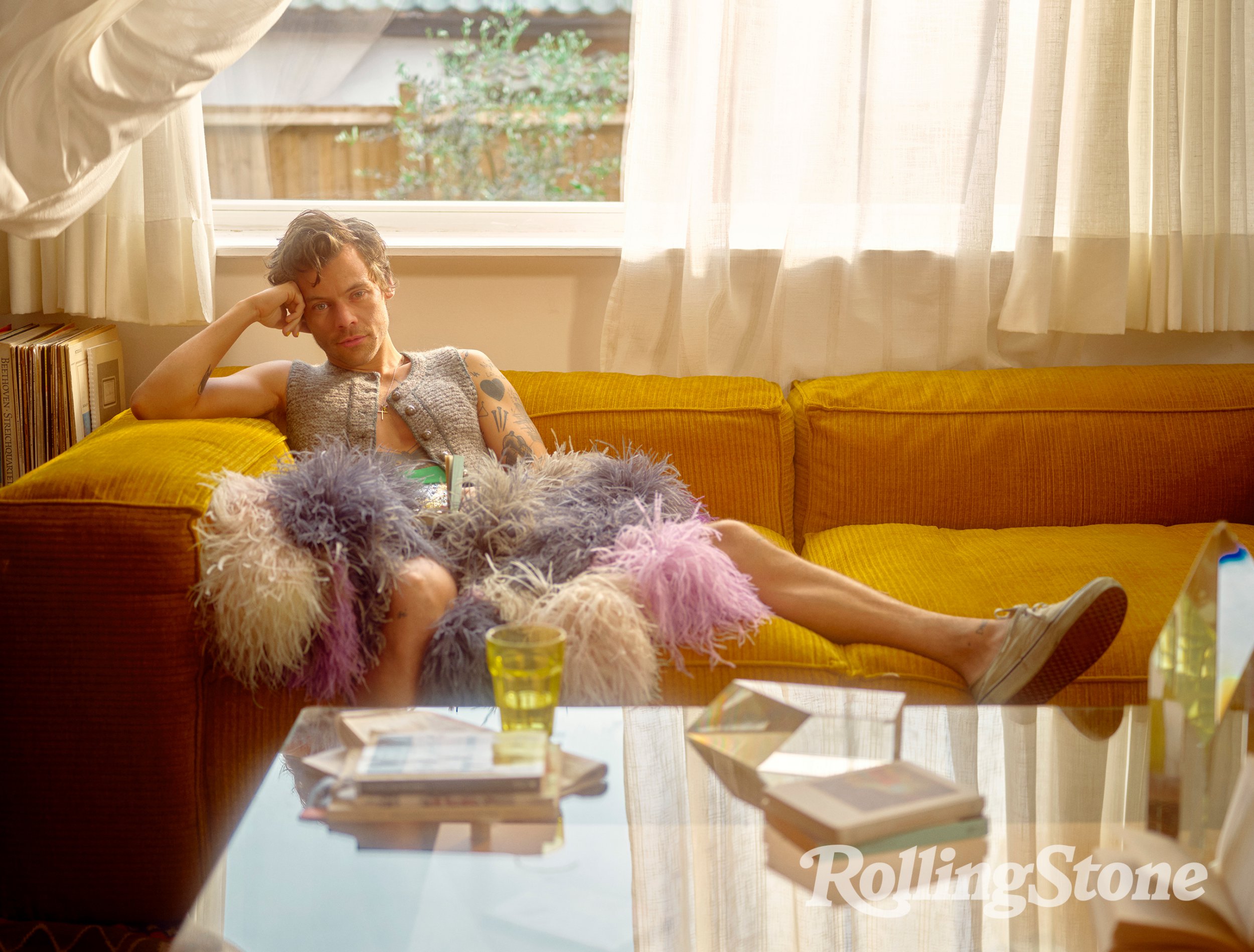 In a wide-ranging interview, Harry Styles has refelcted on his sexuality journey as well as the public perception of his personal life.

The lad really unpacks a lot.

Styles, 28, who has in recent years adopted an androgynous and non-binary fashion sense (causing quite the stir with his Vogue cover in 2020), addressed public speculation about his personal life, after previously saying he wasn’t using sexual ambiguity to be ‘more interesting’.

In a global cover shoot with Rolling Stone, Styles refected on his role in My Policeman alongside Emma Corrin, where he plays an officer embroiled in a complex love triangle set in the 1950s. In it, Corrin plays his wife Marion, a teacher, while David Dawson plays museum curator Patrick, who his character falls in love with.

Speaking about the project, Styles said he did not view the film simply as a ‘gay story’, but a story about love and ‘wasted time’, noting: ‘It’s obviously pretty unfathomable now to think, “Oh, you couldn’t be gay. That was illegal”.

‘I think everyone, including myself, has your own journey with figuring out sexuality and getting more comfortable with it.

‘It’s not like “This is a gay story about these guys being gay.” It’s about love and about wasted time to me.’

Sharing an insight into the portrayal of sex in My Policeman, Styles said director Michael Grandage wanted to highlight what sex is really like between two men, with Styles and Dawson’s relationship being ‘tender and loving’.

Styles explained: ‘So much of gay sex in film is two guys going at it, and it kind of removes the tenderness from it. There will be, I would imagine, some people who watch it who were very much alive during this time when it was illegal to be gay, and [Michael] wanted to show that it’s tender and loving and sensitive.’

During the interview, Styles also reflected on public perceptions of his romantic life, before being joined by girlfriend Olivia Wilde, as they both reflected on his fandom.

On the subject of how he finds arguments about how he may identify, he said: ‘Sometimes people say, “You’ve only publicly been with women, ” and I don’t think I’ve publicly been with anyone. If someone takes a picture of you with someone, it doesn’t mean you’re choosing to have a public relationship or something.’