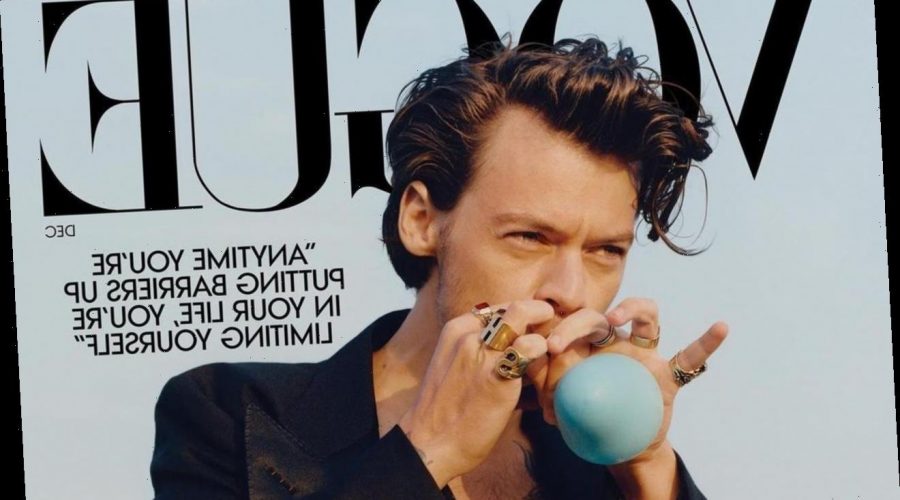 AceShowbiz –Harry Styles enjoys shopping for women’s clothing as he wants to “remove any barriers” to his creativity.

The “Watermelon Sugar” hitmaker has become something of a style icon since becoming a solo artist, with his gender-defying dress sense turning heads everywhere from the BRIT Awards to the Met Gala.

In a new interview with Vogue magazine, Harry reveals he seeks out women’s clothing while out shopping – as he finds defying norms fuels his creativity.

“Clothes are there to have fun with and experiment with and play with,” the pop star explains. “What’s really exciting is that all of these lines are just kind of crumbling away.”

“When you take away ‘There’s clothes for men and there’s clothes for women,’ once you remove any barriers, obviously you open up the arena in which you can play. I’ll go in shops sometimes, and I just find myself looking at the women’s clothes thinking they’re amazing.”

“It’s like anything-anytime you’re putting barriers up in your own life, you’re just limiting yourself.”

When he was younger, Harry was more self-conscious about how he looked, despite enjoying fancy dress, but drew inspiration from some of his musical idols’ outlandish stage costumes.

“The people that I looked up to in music – Prince and David Bowie and Elvis and Freddie Mercury and Elton John-they’re such showmen,” he praises. “As a kid it was completely mind-blowing. Now I’ll put on something that feels really flamboyant, and I don’t feel crazy wearing it. I think if you get something that you feel amazing in, it’s like a superhero outfit. this extended part of creating something.”