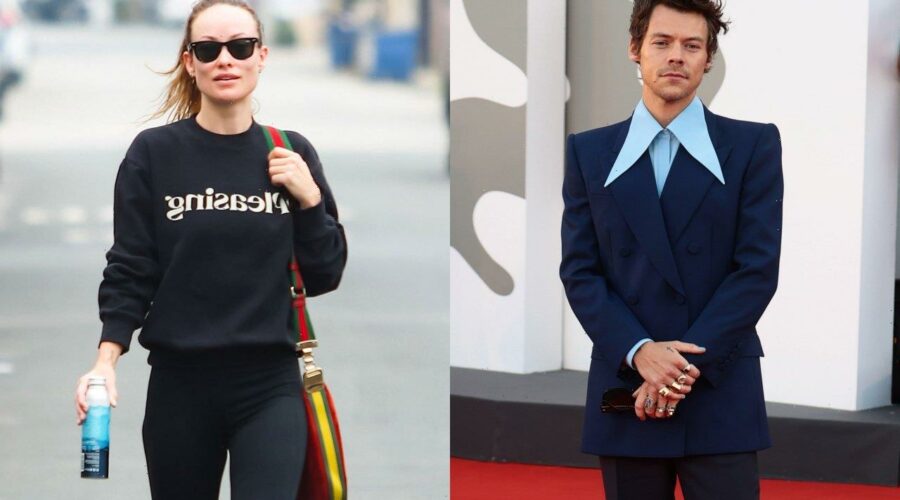 Words are the ‘As It was’ hitmaker is ‘totally invested’ in helping his filmmaker girlfriend and her two children, whom she shares with her ex Jason Sudeikis, get ready for the holiday celebration.

AceShowbiz –Harry Styles is getting closer with Olivia Wilde‘s kids, whom she shares with ex Jason Sudeikis. The singer/actor is helping out his filmmaker girlfriend and her kids, Otis and Daisy, prepare the youngsters’ Halloween costumes.

On Thursday, October 13, HollywoodLife.com reported that the 28-year-old former One Direction member is “totally invested” in the Halloween preparation. a source close to the singer told the site, “Harry gets along great with Olivia’s kids, they’re very fond of him. As mature as Harry is for his age, he’s also a kid at heart, especially when it comes to Halloween. He’s gotten totally invested in helping Otis and Daisy with their Halloween costumes and he’s already bought them a bunch of stuff.”

The source further shared that no matter how many times 8-year-old Otis and 6-year-old Daisy swap costume ideas, Harry doesn’t mind one bit. The so-called insider said, “They’re at the age where they keep changing their minds, which Harry thinks is hysterical. Some guys might get annoyed but not Harry, his resources are unlimited so he just keeps having more stuff sent for them, it’s so sweet.”

A separate insider shared that the “As It Was” crooner “will be in [Los Angeles] for Halloween.” The informant said, “He’s got a show that night and always dresses up so that’s been a big focus, figuring out what he’ll wear on stage,” the pal noted. “Olivia’s kids are crazy for Halloween right now so they’re all having fun coming up with costume ideas.”

The source also claimed that Harry and Olivia, who first sparked dating rumors in January 2021, are looking forward to having a “normal routine” after being busy promoting their movie. “Olivia and Harry are looking forward to spending some solid time in LA together when he does his run there [at the Forum October 23 until November 15] because they’ll be able to get a bit of a normal routine. After so much time on the road, it’s a nice break,” so said the source.

It’s also unveiled that amid Harry’s busy schedule, his girlfriend is a great support system. “Harry’s movie [‘My Policeman‘] is out October 21, he’s got a lot on his plate with that and Olivia’s been a total rock for him. She knows the business so well, it’s great for him to have her to lean on and go to for advice,” explained the insider.

News of Harry getting closer with Olivia’s kids ahead of Halloween came after Olivia slammed reports claiming that she has “abandoned” her children. Hitting back at critics, the “Don’t Worry Darling” director told Elle magazine’s new issue, “I share custody of my kids with my ex.”

“People assume I have abandoned my kids, like my kids are just somewhere in a hot car without me. The suggestion is that I have abandoned my role as a mother,” Olivia further slammed the speculation. She later added that the public does not see her with her kids as she “doesn’t let them get photographed,” saying, “Do you know the lengths that I go to protect my kids from being seen by you?”