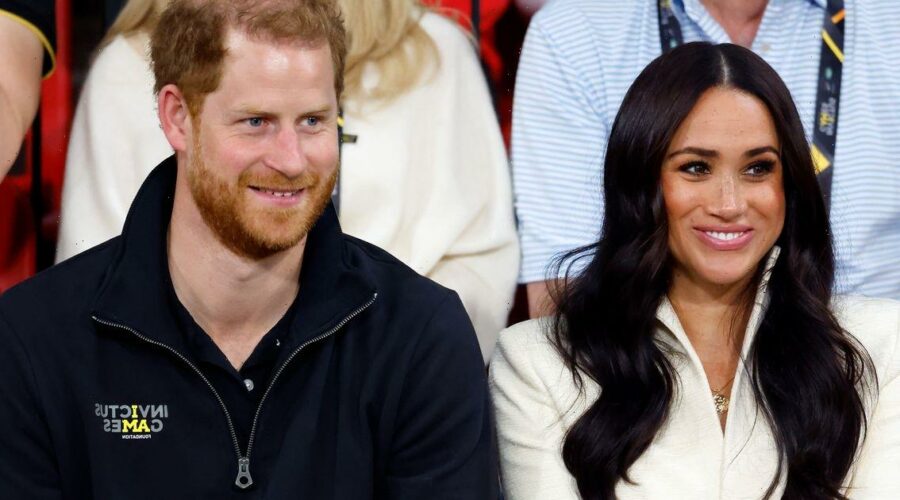 Prince Harry and Meghan Markle have reportedly been invited to appear on the balcony of Buckingham Palace for the the Queen's Jubilee Celebrations.

The Duke and Duchess of Sussex went to visit the 95 year old head of state last week, before jetting to the Netherlands for the Invictus Games.

Following on from their secret visit, which Harry opened up on, the latest reports show more progress towards the family healing their rift with Harry, 37, and 40 year old Meghan.

It's been claimed the couple will appear on the balcony of Buckingham Palace during the Jubilee celebrations, but will have no formal role.

Harry and Meghan will also reportedly be invited to appear at the family events across the long weekend to celebrate Queen Elizabeth's 70 years on the throne, including the Service of Thanksgiving at St Paul's Cathedral.

But, the Telegraph reports that as non-working members of the Royal Family, the couple could not take part in Trooping the Colour or play a central role in any of the events taking place throughout the four day long bank holiday weekend.

Harry and Meghan's presence will "mean a lot" to the Queen, according to royal aides.

However, Meghan and Harry's representatives said they were not in a position to discuss future travel plans with the publication.

The latest hopeful visit from Meghan and Harry comes after the Duke of Sussex began seeking a judicial review after the Home Office refused to allow him to personally pay for police protection when in the UK.

Harry lost his tax-payer funded security when he and Meghan stepped down from their roles as senior working royals in 2020.

Duke of Sussex Harry has said he wants to visit his home country with his family, but must "ensure" their safety.

Harry later received wide criticism as he didn't attend his grandfather Prince Philip's memorial service at the end of March.

Grant told OK!: "The problem is, the public will be like: 'Well if you love your grandfather, why are you not coming over for the Royal service?'

For updates on all your favourite celebs, sign up to our daily newsletter here.