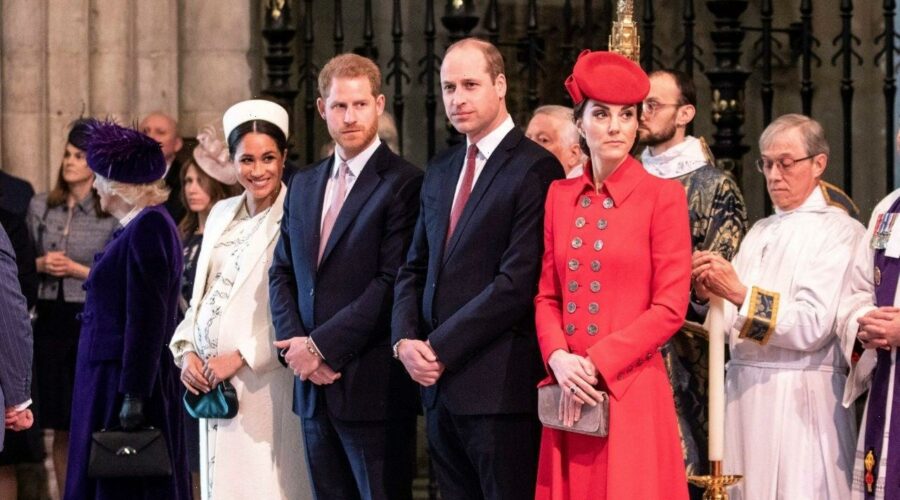 ET can confirm that Meghan and Harry privately congratulated William and Kate on their 10th wedding anniversary. The news is a good sign for those hoping for Harry and William to repair their rocky relationship. The brothers were also seen speaking to one another at their grandfather, Prince Philip’s, funeral earlier this month.

Royal expert Katie Nicholl previously told ET that Kate served as a “peacemaker” for Harry and William at the funeral, which took place at Windsor Castle on April 17. Meghan, who’s pregnant with her and Harry’s second child, was not cleared by her doctor to attend.

“It’s always been my understanding that behind the scenes, Kate has tried very hard to forge a rapprochement and act as a peacemaker between William and Harry,” Nicholl told ET. “She loves Harry. She says that she is the sister that he never had. She has been heartbroken to see them fall out, and I think she is one of the few people, one of the few family members who would actually be able to push the brothers together, which she did in a very subtle way, but was very effective.”

Still, Nicholl also said there is much more healing that needs to be done before we could see a reprisal of the Fab Four. During Harry and Meghan’s bombshell sit-down with Oprah Winfrey, Harry admitted his relationships with William and their father, Prince Charles, are strained, and Meghan also shared that Kate made her cry ahead of her 2018 wedding to Harry, though she has since forgiven her.

“So much has happened,” Nicholl noted. “There is so much hurt on either side.”

“The idea that Harry’s suddenly going to come around to William’s way of thinking, and vice versa, I think is a way off,” she added. “I think there do need to be more conversations, there’s clearly still a lot of hurt, a lot of resentment, and a degree of mistrust on both parts. It’s early days, but I think the hope is that come July — when we are hoping to see the brothers stand once again shoulder by shoulder to unveil the statue in memory of their mother [Princess Diana] — that the relationship will be stronger and in a better place.”

Prince Harry and the Royal Rift: 'Still a Lot of Hurt and Distrust,' Royal Expert Says

Prince Harry and the Royal Rift: 'Still a Lot of Hurt and Distrust,' Royal Expert Says