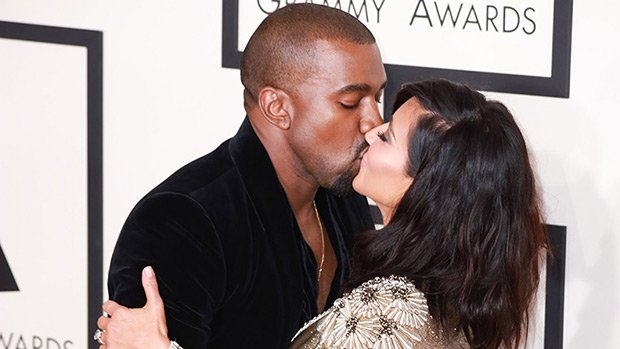 Five years ago, Kim Kardashian and Kanye West said “I Do’ and ever since, they’ve continued to be a major power couple. As Kimye celebrates their anniversary, look at some of their best moments together!

Happy Anniversary, Kim Kardashian and Kanye West! On May 24, 2014, these two lovebirds tied the knot and five years later, they’re still going strong. This anniversary is particularly special since it marks half a decade that these two have been wed. Kim started celebrating early by announcing the release of her new “Mrs. West” collection for KKW Beauty. The line dropped today (obviously) and consisted of shadows, blush, highlighter, lip stick, lip liner and gloss that were all meant to help her fans achieve the same stunning beauty look Kim wore on her wedding day. But makeup isn’t Kim’s main love – that spot belongs to Kanye, so let’s get back to them.

From their first moments after saying “I Do” to today, their marriage has been one packed to the brim with love. It’s undeniable that these two people adore each other, especially when looking back at the moments when it seemed like they couldn’t keep their hands off each other. While Kim and Kanye’s public displays of affection are rare, when they happen – oh, boy, do they ever! At Kourtney Kardashian’s 39th birthday party in 2018, Kim was documenting the event on Snapchat when suddenly, she and Kanye ended up making out! But Kim and Kanye’s PDA doesn’t always require social media. Remember how Yeezy got all handsy with Kimmy’s booty at the 2015 Grammy Awards? Seriously, Kanye could not keep his hands to himself, as he just reached around and gave his wife’s world-famous badonkadonk a firm squeeze.

“She’s my joy,” Kanye West said about Kim in 2013, during his appearance on Kris Jenner’s short-lived daytime talk show, per Rolling Stone. It was, back then, his first television interview in three years, and during the chat with his mother-in-law, he couldn’t help but share how much better his life was because of this woman. “She brought my new joy into the world. There’s no paparazzi and there’s no blog comments that’s going to take that joy from me…There’s times when I wasn’t with [Kim], I wanted be with her so bad I thought about taking up sports.”

“I can have people saying this is going to damage your credibility as an artist or a designer,” he said, reflecting on how people criticized him for finding romance with the Keeping Up with the Kardashians star, criticism that seems to follow them to this very day. “And I say I don’t care, I love this woman. When the paparazzi surround you, people know you don’t like paparazzi, and they say, ‘Why would you be with this person?’ I’m being with this person because I love this person, and she’s worth it to me.” Well said, Ye.