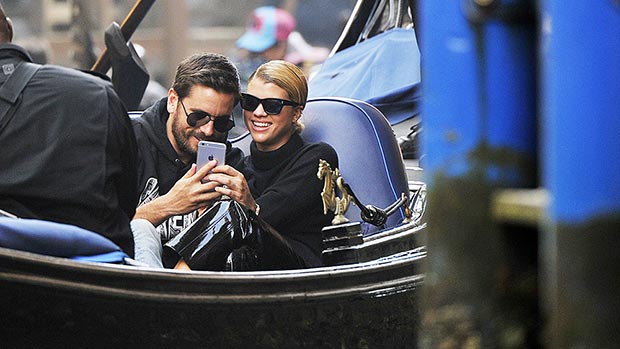 In honor of Scott Disick’s 36th birthday, we’re looking back at the cutest photos he’s ever taken with girlfriend, Sofia Richie.

Scott Disick celebrates his 36th birthday on May 26, and there’s no doubt his longtime girlfriend, Sofia Richie, will be by his side. Since the two got together at the end of summer 2017, they’ve been practically inseparable, and their public relationship has provided us with plenty of adorable photos of them over the last two years. Despite a 15 year age difference, Scott and Sofia’s relationship has held strong, and in the years since they’ve been together, he’s retired his party boy behavior to focus on himself and his family.

Still, Scott and Sofia have maintained a very lavish lifestyle throughout their relationship. They’ve traveled all over the place, from Miami to Mexico and even Australia! We’ve seen plenty of adorable pics of them hitting the beach together, as well as on gondola rides in Italy and yacht outings off the coast of Florida. Scott and Sofia don’t pack on the PDA all that often, but they definitely always look like they’re totally in love!

When these two first got together, it caused some tension in Scott’s relationship with Kourtney Kardashian, who’s also the mother of his three children. Things escalated when Scott introduced Sofia to the kids without letting Kourtney know. By the end of 2018, though, all of the drama was put behind them, and now, the trio spends a lot of time all together with the kids. They’ve even taken various vacations together! Kourtney has probably even served as photographer for some of Scott and Sofia’s cute photos!

Click through the gallery above to check out the cutest pics of Scott and Sofia, who have been dating for just about two years now.

05/26/2019 Celebrity Comments Off on Happy 36th BIrthday, Scott Disick: Check Out His Cutest Pics Ever With Sofia Richie
India