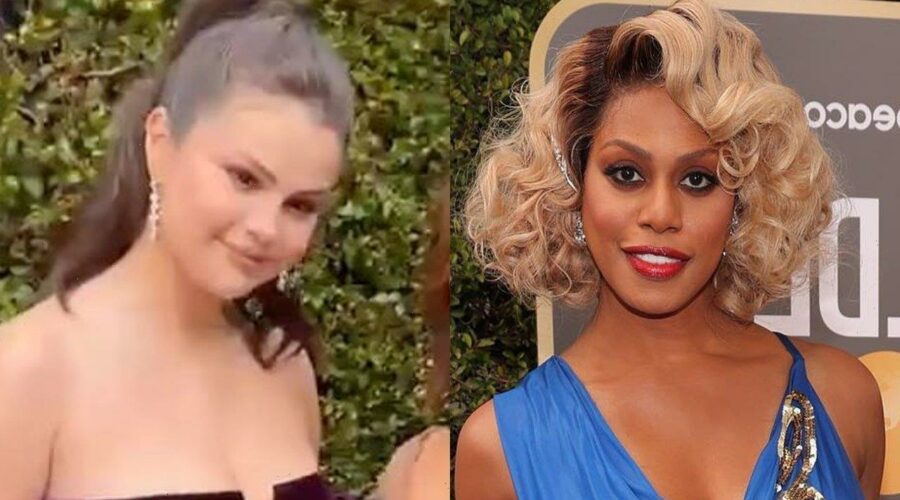 Also turning heads on the red carpet are ‘Wednesday’ star Jenna Ortega, Kaley Cuoco, who proudly shows off her baby bump and Margot Robbie, who channels her inner ‘Barbie’.

AceShowbiz -The 80th annual Golden Globes is finally here. Before the award show begins at the Beverly Hilton Hotel on Tuesday, January 10, the night’s nominees, presenters and other guests walk the red carpet. Among those who turned heads on the red carpet were Laverne Cox, Selena Gomez, Jenna Ortega, Kaley Cuoco and Margot Robbie.

The 2023 Golden Globes comes after a hiatus in 2022, when the ceremony was put on pause after the Hollywood Foreign Press Association (HFPA), which selects the nominees and winners, was accused of both financial and ethical missteps. For the special night, Laverne wore a statement-making dress, a blue leaf-pattern embroidered dress with a train and draping Grecian-style bodice from John Galliano’s spring 2007 collection.

As for Selena, she looked stunning and glamorous in a black Valentino dress featuring dramatic purple puff sleeves. The first-time Golden Globes nominee styled her hair down in a high ponytail and wore flawless makeup, pairing a nude lip with a smokey cat-eye.

At one point, Selena was seen posing for photos with her sister Gracie Elliot Teefey and “Wednesday” star Jenna. Jenna, who’s also up for her first Golden Globe, departed from her Wednesday Addams-core as she donned a sand-colored evening gown by Gucci with a wrapped bodice and sheer pleated floor-length sleeves. The torso of the dress included abdominal cutouts strung together by silver hoops.

Kaley, meanwhile, used the spotlight to show off her baby bump and show some love to her boyfriend Tom Pelphrey. The 37-year-old actress, who’s nominated for Best Actress in a Motion Picture, Musical or Comedy for her role as Cassie Bowden on “The Flight Attendant“, looked elegant in a lilac dress. As for her partner, Tom, who stars on the hit series “Ozark” which is nominated for Best Drama Series, looked dapper in white suit.

Also looking stunning while walking on the red carpet was Margot. The 32-year-old, who is nominated for Best Actress in a Motion Picture, Musical or Comedy for her role in Brad Pitt-starring movie “Babylon“, channeled her inner “Barbie” as she opted to wear a gorgeous custom light pink dress by Chanel, featuring stripes and a sparkling silver broach on the gown’s neckline.

In the meantime, Anya Taylor-Joy wowed in ab-flashing yellow co-ord as she hit the red carpet with her husband Malcolm McRae. The actress, who’s up for Best Actress in a Motion Picture, Musical or Comedy for her role in “The Menu“, wore her platinum tresses sleek and straight and sported smoky shadow. Her beau, who was rumored to have married last year, cut an edgy figure in a black suit and brown top as he held her hand while posing for photos.

Glen Powell and his model girlfriend Gigi Paris attended the ceremony in style. The “Top Gun: Maverick” star looked handsome as ever in a black tuxedo and a bowtie. 28-year-old Gigi, meanwhile, stunned in a floor-length transparent gold gown.

Austin Butler, in the meantime, stole the show by channelling his “Elvis” alter-ego. The actor, who’s nominated for his first Golden Globe for Best Actor in a Motion Picture Drama for his iconic role in Elvis Presley biopic, donned a classic black tuxedo.

The 2023 Golden Globes will be hosted by black comedian Jerrod Carmichael. There are 27 awards up for grabs. The Golden Globe Awards honor the best in film and American television as voted by the HFPA. They are also considered the unofficial kick-off to awards season which culminates with The Oscars on March 12.