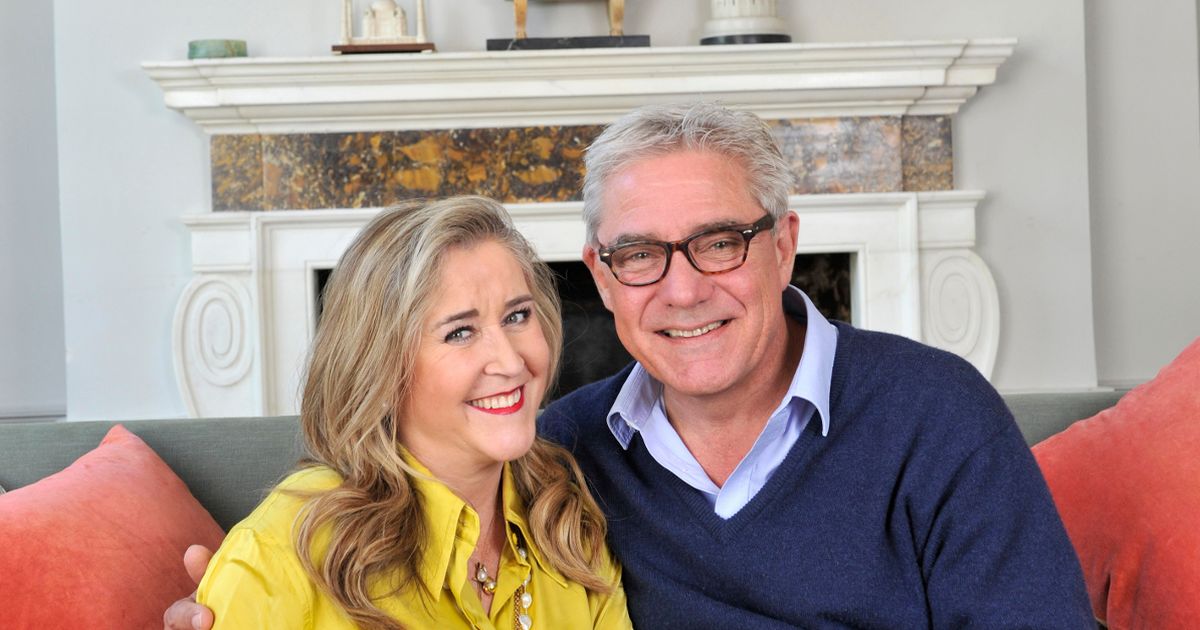 For Gogglebox stars Dom and Steph Parker it was the worst Boxing Day of their lives.

“A near-death experience, really,” says Dom, recalling the nightmare last year when Steph, 52, was struck down by double pneumonia.

Dom, 54, is used to recounting the details of what happened because Steph really doesn’t have any clear memories of her
terrifying experience.

All she recalls is the way she felt before the attack: “I had started going a bit mad because I had no oxygen in my system.

“But I didn’t even realise it because when you are that sick you don’t really know what’s going on at all.

“Christmas is very busy in our home and we had been away working solidly in the run-up. I had to put a tree up and make everything happen in 24 hours.

“So I think I pushed myself too far and it was just sheer exhaustion, which allowed infection in.”

Even telling such a serious story the pair are every bit as eccentric and entertaining as they were when they boozed their way through the week’s TV highlights on Gogglebox from 2013 until 2016, before quitting to start making daytime telly and present a Saturday show on Heart FM.

Dom says: “To my untrained eye everything had seemed relatively normal, so it was a real shock.

“Steph had a cough and was moaning and complaining of feeling tired, but there was no temperature so I didn’t think there was anything serious.

“Then, suddenly, she went a bit doolally. She just wasn’t making a lot of sense.” Steph laughs. “He’s used to that, so he ignored me.”

But their daughter Honor, 16, and Dom’s mum Vivien persuaded him to phone 111. The call handler asked to speak to Steph and seven minutes later there was an ambulance at the door of their family home in Beaulieu, Hampshire.

“I was astounded,” says Dom. “The paramedic said, ‘Your wife is really rather ill – another 20 minutes and she might have been dead’. Basically, her lungs were stuffed.”

Steph was put on oxygen and rushed to Southampton General Hospital’s A&E department.

“They pumped her with drugs,” Dom recalls.

“I’ve never seen so many wires and tubes going in and out of a human being.

“Pneumonia is a funny old thing because to me Steph just had a very bad cough, but the infection slows everything down and other bits and pieces stop working, so it can kill.”

It was months before Steph was well enough to get back to work – and almost six months on, she says she still feels weak.

“I get tired very quickly,” she explains.

“All in all it has been quite an experience. I wasn’t able to travel until the end of March and had to start back bit by bit and take it slowly, making sure I could manage.

“I’m having to be a bit more grown up and look after myself a little better – get to bed early, that sort of thing… elderly stuff. It has crept up on us really.

“Dom’s had quite the time trying manage our parents, our kids, our work commitments plus a fairly sick wife.”

As a busy couple with elderly parents and two children – Honor and Max, 18, who has epilepsy and autism – it’s unsurprising that looking after their own health found itself way down on the list of priorities.

“Things can get pretty hectic, especially when we are travelling around the country filming, looking after our parents and children,” says Dom.

“It can be quite time consuming to keep on top of things.”

The juggling act is one of the reasons the couple has teamed up with Boots UK to promote their new online prescription service.

“It got to the stage where we felt like we were in and out of the pharmacy every other day,” says Dom.

“At one point I had to drive to Southampton to get a specific prescription for Steph’s recuperation.

“The Boots service would have been really helpful because life was pretty frantic as it was.

“Luckily, there was nothing daunting about ordering repeat prescriptions online even if, like us, you don’t consider yourself to be particularly tech savvy.

“It’s great to know nothing will get missed as everything is in one place.”