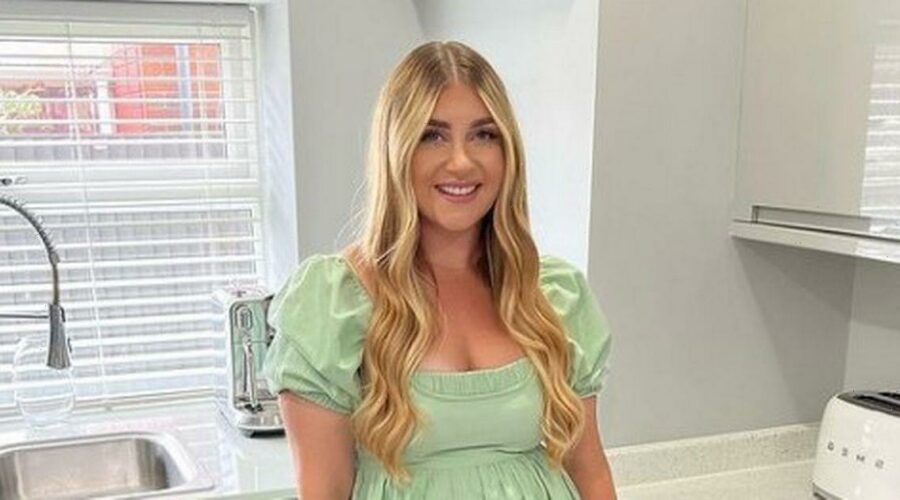 Gogglebox star Izzi Warner, 29, has been left buzzing after a Steps singer called her "gorgeous" on Instagram.

Izzi, who describes herself as a "couch potato", uploaded a post wearing a green mini-dress standing in a pristine looking kitchen and wrote next to it: "All the best nights should end with karaoke", along with a few emojis.

Lisa was quickly on the scene to second the post. The welsh singer commented: "agreed gorgeous".

Lisa's reply to her karaoke post went down very well with the 29 year old, who excitedly responded: "buzzing I've been dubbed gorgeous by the queen of huns herself," with several heart emojis, obviously overjoyed with the compliment.

Other fans commented in a similar fashion to Lisa, as Izzi's followers gushed over the post of the reality star posing with pink shoes and a pink bag.

"OMG yes to karaoke, you look beautiful," one user said, while another posted: "Gorgeous Izzi!! Love you lots xx."

Long-standing Gogglebox star and another firm favourite, Daniel Lustig-Webb, also got in on the act and said: "you look gorgeous."

In May earlier this year, Izzi welcomed back her sister and fellow couch-mate back to the sofa on Gogglebox.

Ellie had taken a hiatus from the hit Channel 4 show due to her boyfriend Nat Eddleston's serious injuries.

The reality star had taken time away from the programme for several months after her boyfriend was taken to hospital with life-threatening injuries after being involved in a horrific collision whilst on a night out in Leeds.

Now though, Ellie and Izzi are reunited and back on our screens… watching people on their screens.

The sisters had previously joined the show in 2015 and have now become favourites among fans of the reality program.

Gogglebox is set to return at some point in September with the main cast taking a break for the summer.

Since the show started back in 2013, Gogglebox has always aired two seasons a year, with one usually starting in February and the other in September.