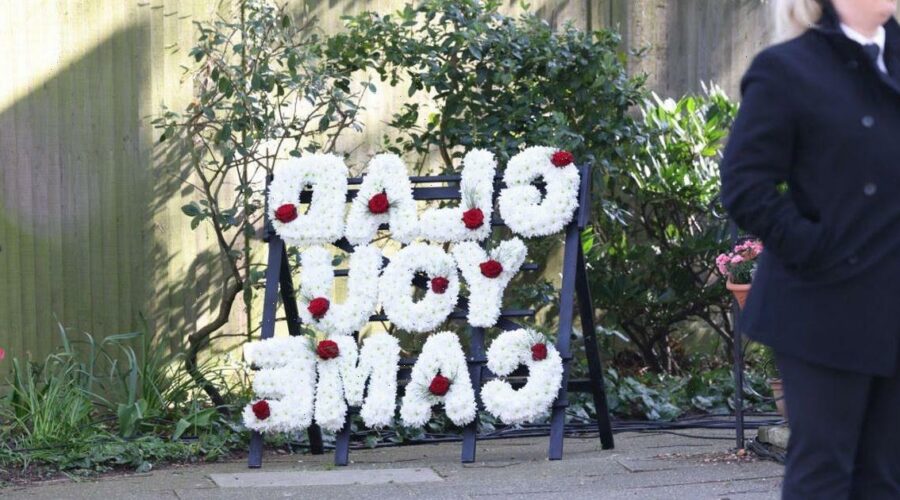 A tribute to Tom Parker at his funeral movingly featured the title of one of The Wanted’s hit tracks.

The singer was laid to rest on Wednesday morning and shortly before the moving ceremony, a magnificent white floral arrangement with red roses was placed outside St Francis of Assis Church.

The arrangement featured the words: "Glad you came."

Tom tragically died on 30 March at just 33 years old. His death came after a battle with a brain cancer called glioblastoma, which he was first diagnosed with in October 2020.

Tom's funeral was held in Petts Wood in Queensway, South East London, and was attended by the other four members of his band, along with friends and family.

Just days before the funeral, Tom’s widow Kelsey urged fans to line the streets ahead of the church service, which was also shown on screens outside.

Other touching wreaths at the funeral included a multi-coloured garland which simply said 'Daddy' as well as a heart-shaped wreath of red roses with Tom’s name written.

Following the procession, The Wanted's Max George, Siva Kaneswaran, Jay McGuiness and Nathan Sykes carried tom's coffin, which was covered in white lilies,, into the church.

Many fans who gathered outside the church had created their own tributes to Tom and one group wore t-shirts which read: "This man was a legend, a legend of his time."

The service itself proved to be emotional, while also featuring plenty of joyful moments as Tom's loved ones shared their memories of him.

Max and Siva gave a joint speech, sharing hilarious anecdotes from their time in the band and praising their "hero" pal.

Siva also read a poem he had penned in honour of his pal, and told the congregation: "The boy was an absolute firecracker and the fans always got that Parker presence. That's what brought us here today and i know thats never going to leave us."

04/20/2022 Celebrity Comments Off on ‘Glad you came’: Emotional wreath with poignant The Wanted lyrics at Tom Parker’s funeral
India